News
A Cradle of Civilisation: The Unesco Sites in the Mediterranean

The Mediterranean region has played a crucial role in global history. The many civilisations appeared on its shores have witnessed both periods of exchange of goods and ideas as well as war and conflictuality. The rich history of the Mediterranean region has left many tracks, which makes for the rich cultural material and immaterial heritage that characterised this area of the world. In 2019, 30% of all the UNESCO sites in the world are located in the Mediterranean basin and the extended MENA region, which includes 339 sites in 36 countries. The wide variety of sites well resumes the rich diversity of the Mediterranean region in terms of cultural and natural heritage. The UNESCO sites of the region include some of the masterpieces of human civilisation, within the context of a unique natural environment and biodiversity. At the current stage, some UNESCO sites are still facing some severe dangers, such as ongoing conflicts, lack of maintenance or climate change.
It is our duty to preserve our shared heritage, which represents one of the main challenges for the future of the area. 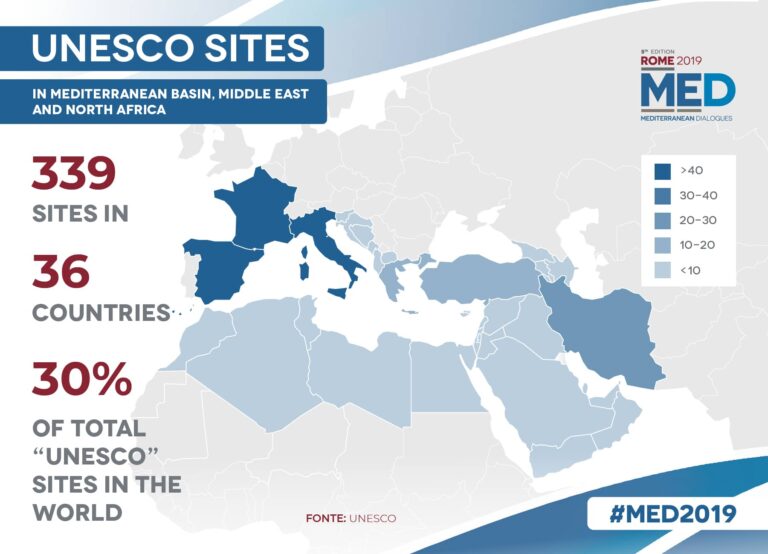