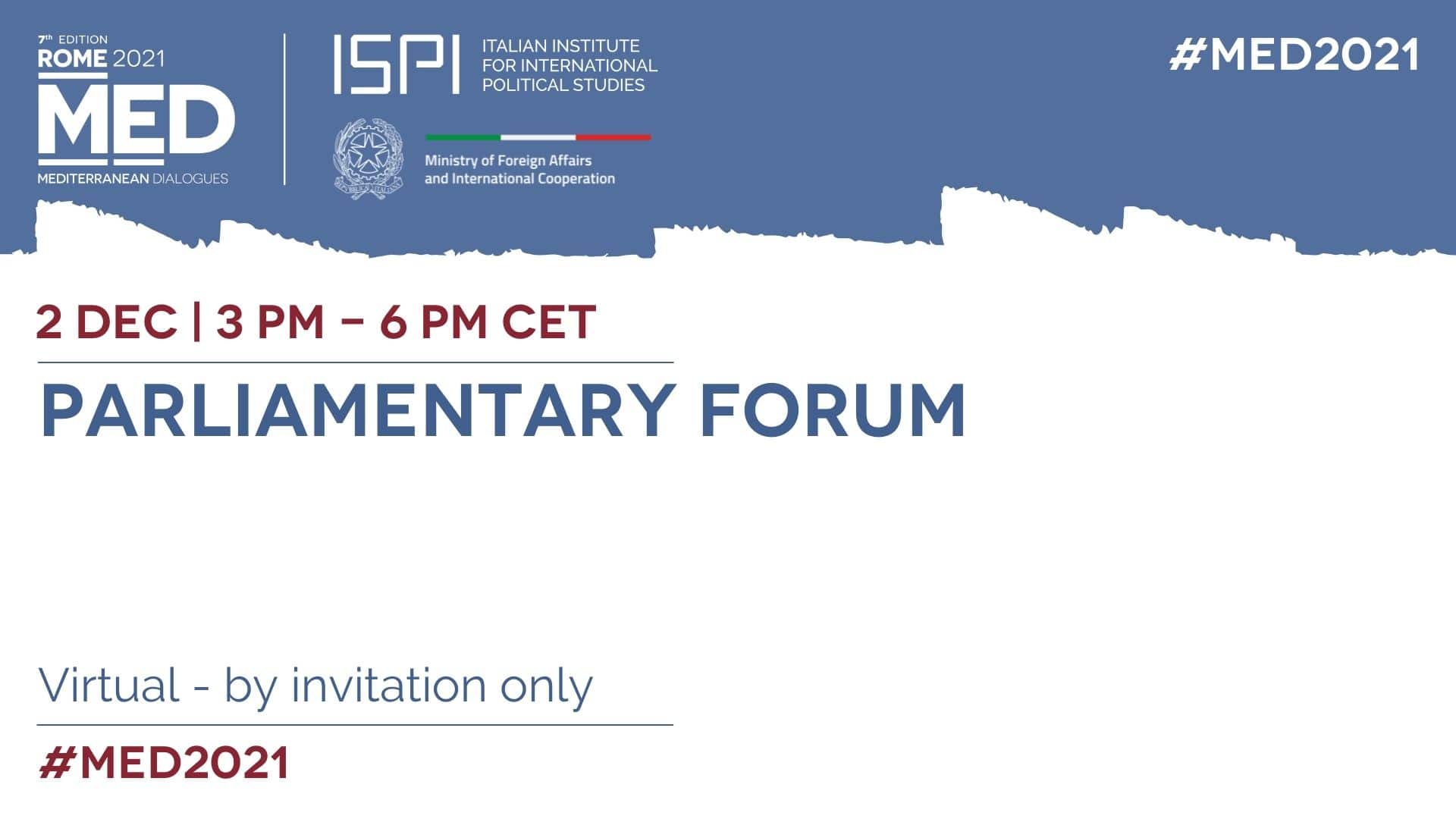 Over the course of this year, the broader Mediterranean region has witnessed several developments and progress alongside numerous challenges. These have in part included the withdrawal from Afghanistan, the fragile stabilization process in Libya as well as its upcoming elections, the tense climate in the Eastern Mediterranean, the regional consequences of climate change and migration flows, and lasting concerns over potential hostilities in the Middle East.

In a volatile context where the pandemic continues to pose a serious collective threat, parliamentary diplomacy proves to be ever so crucial in facilitating complex political dynamics as well as building strong ties and relations of trust between peoples and elected representatives across Europe and the MENA region.

Through the participation of elected officials, it will be possible to gain more profound mutual knowledge over current national and regional issues as to establish an agenda of common priorities to be addressed by the Forum.

The discussion focused on the following topics:

The Foreign Affairs and Emigration Committee of the Italian Senate