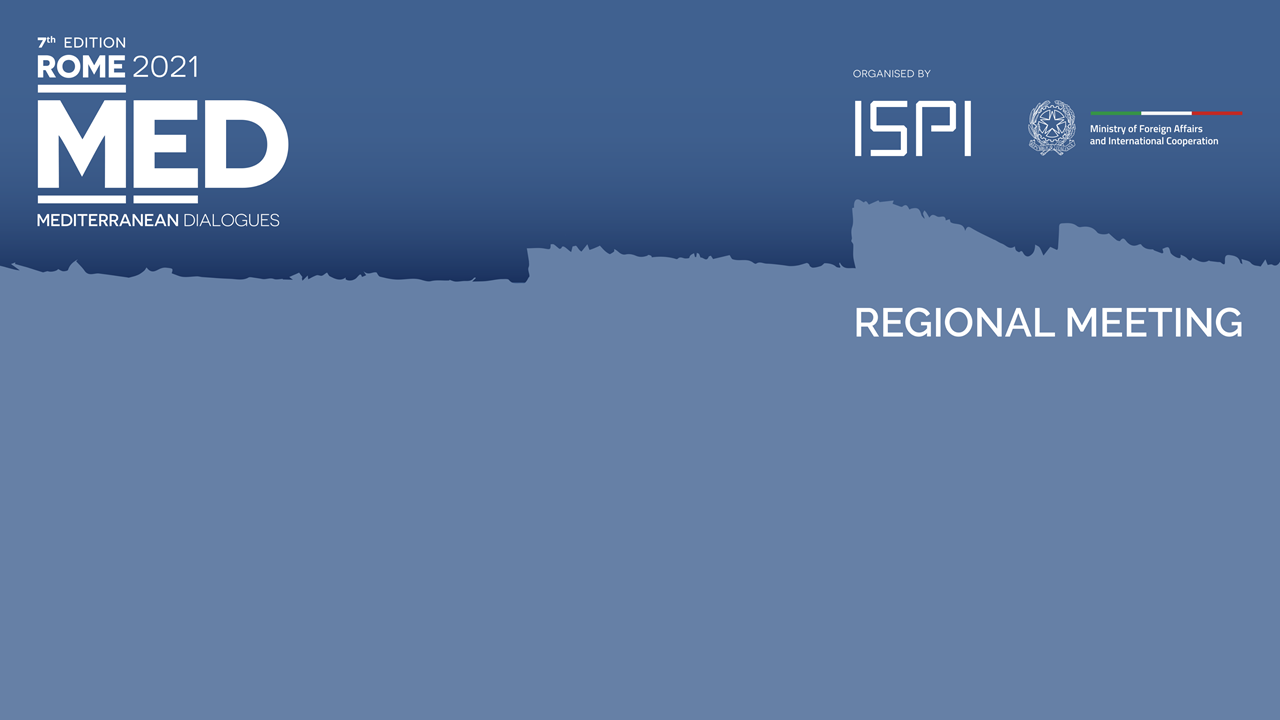 The COVID-19 pandemic has been affecting illicit trade and smuggling activities since its inception, imposing unprecedented limits on criminal organizations and cartels but also providing them with novel and unexpected opportunities to expand their multiple businesses and further infiltrate the legal economy according to new demands, especially in pharmaceuticals, medical and personal protective equipment, and test kits. In this context, illicit trafficking remains an important phenomenon in Europe and the broader Mediterranean, including both new and more ordinary goods such as tobacco, weapons and narcotics. At the same time, as typical illicit trade’s channels and structures suffered extended disruption, organised crime groups reacted quickly to rethink their logistics and distribution activities by exploiting the great potential of e-commerce and online marketplaces, likely enlarging their customers and partners’ networks on a global scale. Given the international implications of this booming threat, a highly cooperative and integrated approach involving multiple stakeholders and encompassing as many sectors as possible is necessary. This includes not only deeper cooperation between law-enforcement agencies, but also stronger diplomatic and institutional-level engagement between countries, shared regulations, as well as a concrete alliance within the region’s private sector, with an eye to including the civil society and raising awareness in the broader public.

Session I | AFTER COVID-19: FILLING THE GAP IN THE REGIONAL STRATEGY AGAINST ILLICIT TRAFFICKING

Regional (and global) illicit trafficking continues to evolve and now encompasses a broad variety of products, activities, routes and actors. Because of the pandemic, the shift to e-commerce has been accelerated and criminals are taking advantage of changes in consumer demands, exploiting societal vulnerabilities and targeting exposed communities. In the broader Mediterranean region, including the Balkans and the Maghreb, alternative smuggling routes have already arisen, while criminal cartels such as the Italian Mafias have exploited the economic distress caused by the virus to further infiltrate the licit economy and cement their influence by providing services to local populations. Against this backdrop, governments and law enforcement agencies are struggling to adapt and tackle these threats in a context of unprecedented social and economic constraints. As a result, current countermeasures should be reframed and strengthened in order to be successful. In this vein, a holistic approach involving as many stakeholders as possible, including governments, the private sector and corporations as well as NGOs and academia, is key to deploy effective solutions and achieve long-lasting results.

Session II | MULTILATERALISM IS THE WAY: HOW TO ENHANCE AND EXPAND THE ROLE OF INTERNATIONAL PROTOCOLS AGAINST ILLICIT TRAFFICKING

Different types of illicit markets and activities require tailored solutions, but their increasing interconnectedness also suggests the need for a multidimensional approach that can effectively combine and integrate multiple tools without losing sight of its final goal. As the fight against the pandemic itself demonstrates, unilateral initiatives have proven less effective or insufficient to curb threats that know no borders. This means promoting better and deeper coordination among states but also readapting the very methods and scopes of this fight by thinking in the same way as criminal syndicates think. In this context, international treaties and regulations, such as the Protocol to Eliminate the Illicit Trade in Tobacco Products (FCTC) or the UN Convention against Illicit Traffic in Narcotic Drugs and Psychotropic Substances, represent the best foundations for building shared and coordinated responses to globalized threats.

HIGHLIGHTS FROM THE REGIONAL MEETING

From a general perspective, all the participants agreed on the negative spillover effect caused by the pandemic on the illicit trafficking universe and emphasized that the virus has accelerated geopolitical processes that were already underway. In this context, criminal networks have been quick to adapt to the current situation diverting their activities and identifying new vulnerable targets, chiefly communities and populations more exposed to the economic and social consequences of the pandemic. Some of the attending experts also confirmed that the current health crisis is bound to increase the smuggling of migrants and the trafficking of human beings, in addition to illicit traffics in a variety of goods, including medical products, drugs and cultural heritage. Although directly affected by lockdown measures, criminal groups have successfully readapted their logistics, both in terms of supply and distribution networks.

During the discussion, three main criminal markets were identified in which activities have remained stable or even increased in 2020: first of all, illicit drug trafficking, which remains the main illicit market for criminal groups in the EU and the broader Mediterranean. The second sector is the smuggling of human beings, with substantial flows towards Spain, Italy, Greece and Cyprus. The third area concerns the illegal trade of counterfeited goods, especially fake medical equipment and pharmaceuticals, which are mostly produced outside Europe. An additional and worrisome trend that received specific attention is related to the growing presence of criminal activities on the web, especially with regard to the use of online markets for frauds as well as illicit trafficking in drugs, counterfeit currencies but also stolen and fraudulent documents.

When scanning for and assessing possible future developments, the experts highlighted that one of the most concerning issues comes in the very long tail that this pandemic is going to have, especially the consequences of the severe economic contractions, the critical threats to key businesses and economic sectors. The reduction in development spending in North Africa, the Sahel as well as the Sub-Saharan part of the continent will have a long-term impact on how a lot of the dynamics between the two sides of the Mediterranean play out. More generally, hence, the pandemic represents an unprecedented situation in which organized crime can proliferate by profiting from a weakened economy and the ensuing informality dynamics.

Another very interesting point was raised concerning the functioning of the legal regime that guides international cooperation against transnational organized crime, and which are the challenges ahead. One of the participants put the spotlight on the “schizophrenic” approach that informs this very regime, emphasizing how, on one side, there are over-regulated countries and activities while, on the other side, there remains substantial deregulation within other sectors and areas such as free trade zones. While praising the essential function of international treaties and protocols, several participants recognized the need to reinforce and update the existing legal framework in the face of evolving and insidious threats. Some comments confirmed that more norms and more regulations tend to produce loopholes that are quickly and easily exploited by criminal groups. One of the examples mentioned by the participants dealt with cigarettes production, whereby while in Europe this is extremely regulated, this is not the case outside the EU borders, thus resulting in “unfair economic competition” at the expenses of the EU that also creates plenty of opportunities for organized crime.

The discussion eventually focused on best practices and possible solutions for effectively tackling the current set of threats and challenges created by the current pandemic in the realm of illicit trafficking and organized crime. On the institutional side, for instance, it was presented Italy’s successful proposal to the EU to create and release specific tariff codes that allow authorities to immediately identify the imported products needed to treat the disease, thus expediting logistics operations and quality controls along the EU internal frontiers. Despite initial scepticism and difficulties, such a solution was adopted and further confirms the importance of multilateral cooperation in customs organization and management to curb illegal goods from being smuggled. When it comes to solutions, many attendants stressed the imperative to look at the economic and legal spheres and close the loopholes that have been allowed to emerge, in particular in the free trade zones (FTZ), which many participants labelled as “blind spots” or “black holes” in our counter-trafficking strategy. At the same time, emphasis was put on the urgent need to focus on cyberspace and cyber governance and how to improve public control on them. Many experts concurred that our understanding of how businesses and economic transactions are regulated and cyberspace functions has to be overhauled and we need a systematic effort to build the capacity of law enforcement for monitoring the Internet. Accordingly, the discussion also highlighted the necessity to rebuild and create sources of trusted information, for disinformation has been allowed to proliferate because people do not know where to get reliable information. Finally, particular attention was paid to the importance of multilateralism, which was one of the key topics of the event. Participants strongly advocated the development of a norm-centric system that puts international principles and human rights at the core of the way we respond to criminal organizations. The current crisis has painstakingly confirmed that multilateralism is the only way forward to effectively tackle threats that know no border and that countries must reinforce their cooperation at multiple levels, including law enforcement and judicial. Still, when authorities and practitioners look at how to frame multilateral solutions, the main challenge but also the prerequisite is to foster states’ willingness to cooperate and achieve a result, perhaps giving up a bit of their sovereignty.