ISPI MED This Week | 2021 Elections: Another Stress Test for Israel

The MED This Week newsletter provides expert analysis and informed comments on the MENA region’s most significant issues and trends. Today we turn the spotlight on Israel, where citizens are again called to the polls, in an attempt to ensure stability to the next government and unravel the country’s political impasse.

On March 23, Israelis will vote for the fourth time in two years. According to the polls, however, this electoral round won’t reduce the deep fragmentation of the Knesset. The dissolution of the Israeli Parliament came after the coalition supporting the current Prime Minister Benjamin Netanyahu failed to agree on the country’s budget law, leading to another electoral campaign. Over the last months, the public debate has been focused almost exclusively on Netanyahu, with an increasingly polarized electorate over his corruption charges. After a year of deep grief due to Covid-19, the candidates have been campaigning during the worldly record vaccination drive, a personal flagship for the Prime Minister, whose Likud party leads the polls. Besides the surveys (which see the centrist party Yair Lapid in the second position), the new government will face several challenges both at the domestic and international level. Biden’s election has forced Israel to re-calibrate its strategic alliance with Washington, opening the way to new developments in many dossiers, such as the dialogue with the Palestinians and the security architecture of the Gulf.

Experts from the ISPI MED network react to the meaning of this election to Israel’s political future.

“There are three reasonable scenarios for the upcoming Israeli election. First: A victory of Netanyahu and the forming of a right-winged coalition. It will focus on the expansion of settlements, potentially annex parts of the West Bank and strengthen illiberal legislation in Israel. Second: A victory of the anti-Netanyahu-camp. This camp is ideologically diverse and will thus concentrate on uncontroversial topics like rebuilding the economy. A third option is an impasse that will lead to a fifth election, and Netanyahu will remain acting Prime Minister until then. In the first scenario, Israel will come under enormous international pressure; in the second, it will fare better but will be unable to make major steps in controversial issues. The third results in a temporary continuation of the current situation.”

The Machiavellian divide in the Israeli Arab camp

“The forthcoming 4th Israeli election are the same old story boding well for the incumbent Premier Netanyahu. By cunningly mastering the splitting of the Ra’am party faction from the Joint List, Netanyahu is ready to integrate the small Islamic faction as external support for his next minority government unable to hit (by a Jewish-only majority) the required 61-threshold. The Joint List, which had been awarded 15 seats in March 2020 thanks to its unity call within the Arab camp highly praised by the Palestinians of Israel, it is now projected to gain only half of those seats for allowing the internal split to occur. Ra’am’s unprincipled choice will likely be rewarded not in terms of electoral support, but by its selective and functional external cooperation with the next government coalition: Enough to turn Ra’am the single Arab party likely to influence Israeli politics in unprecedented ways. The Joint List, to the contrary, is meant to be left at the margins having squandered its momentum.”

No change in sight for the Palestinians

“Regardless of who ultimately emerges as Israel’s next prime minister, the government will be dominated by right-wing politics. There are therefore few expectations of any sea-change towards Palestinians. Any difference will instead be one of emphasis. For example, whether Israel should shift from de facto towards de jure annexation of Palestinian West Bank territory. What this means for Palestinian elections and the prospect of holding them in Israeli-controlled East Jerusalem (which is a Palestinian sine qua non) is less clear given that none of the major parties has staked out clear positions. All though strongly support Israel’s claim of exclusive sovereignty over the city – a factor that will complicate Palestine’s own democratic process.”

A race till the last jab

“Although there is no clear majority, the current prime minister would once again emerge as the candidate with more viable paths to form the government; equally true, however, is that Netanyahu did not at all expect to face March 23rd with stable polls around 29 MKs. He had hoped instead to reap the benefits of the vaccination campaign and reaching the previous result of 36 MKs. For better or for worse, it seems that the management of the pandemic has not affected electoral trends, as it happened with the announcement of Netanyahu’s indictment in April 2019. The explanation lies in strong pre-existing pro and against Netanyahu-sentiments which are welded together with underlying voting patterns.”

“The “special relationship” between Israel and the United States seems to be in an impasse. Many of its key features, beginning with US military aid to Tel Aviv, are rock-solid and bound to survive any tension, misunderstanding or electoral result. But the Middle East has lost its salience in Washington’s priorities, the U.S. public has no stomach for an active presence in the region and despite its slowness, a strategic shift – centred on the reopening of the dialogue with Teheran – is under way. More significantly, within the Democratic Party, younger activists and electors question as never before the support of Israel, a victory of Netanyahu could further intensify this hostility and, over time, eventually affect US attitudes and policies.”

Between Washington and Tel Aviv, the status quo stands on annexation

“Biden’s return to longstanding US policy positions will likely be consequential insofar as the next Israeli premier is intent on pursuing de jure annexation. This could cause tensions to flare at a time when Biden is eager to hide policy differences from view while he pursues other priorities, and lead to a battle in Congress that Biden is desperate to avoid. If Netanyahu returns to power, or Lapid wins, the two sides will find a way to go about their business navigating the status quo. If those to the right of Netanyahu triumph, this will be more difficult but not impossible depending on each side’s willingness and capacity to take on the other.” 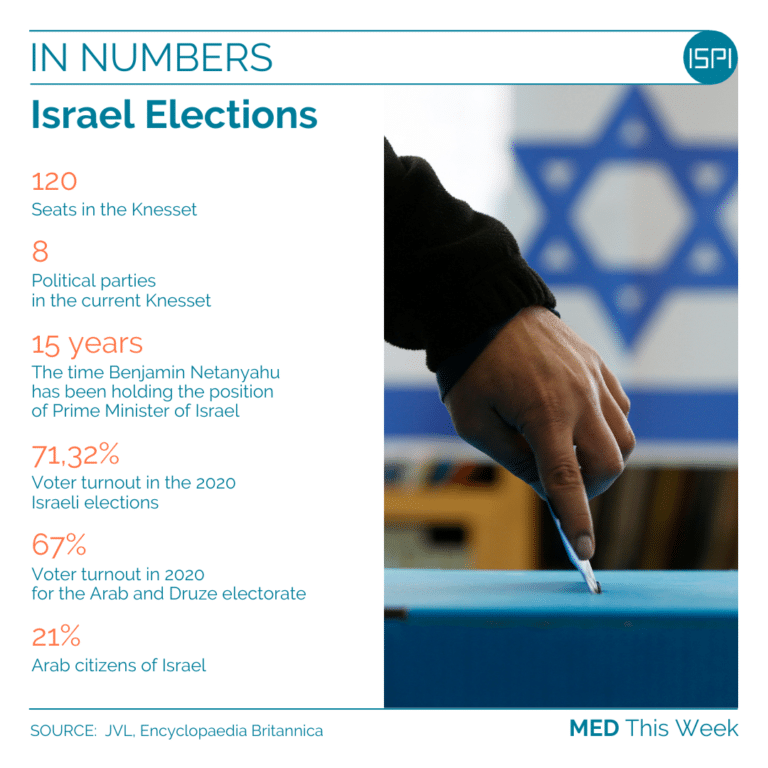