ISPI MED This Week | Afghanistan: Assessing the Costs of the US Exit Strategy 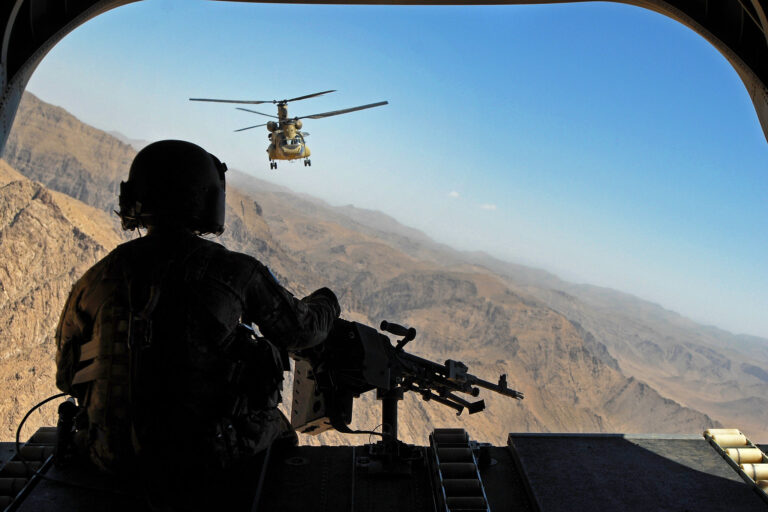 The MED This Week newsletter provides expert analyses and informed comments on the most significant developments in the MENA region, bringing together unique opinions on the topic and reliable foresight on future scenarios. Today, we focus on Afghanistan and on what the US withdrawal by September 11, 2021, will mean both domestically on an international level. Also, what should we expect from the diplomatic talks between the Afghan government and the Taliban to be held in Turkey?

By September 11, 2021, the US (and NATO) will withdraw all their troops from Afghanistan and put an end to the longest conflict in American history. Though the final pull-out had already been decided by the Trump administration as part of the February 2020 Doha Agreement between Washington and the Taliban leadership, drawdown operations have been hampered by continuous hostilities and will take another four months to be completed after the initial deadline of May 1. The White House’s decision comes at a very delicate moment for Afghanistan: important peace talks between the government and the Taliban are soon to be held in Turkey, while a worrisome spike in violence has hit Afghanistan over the last few months. As 70% of the country’s territory remains contested or under full Taliban control and the Afghan Security Forces are hardly self-sufficient, many observers and commentators fear the withdrawal of US and NATO military personnel will leave an already weakened government even more isolated and ill-equipped to confront a mounting insurgency, which could eventually lead to its doomsday. Further destabilization of the current situation could also imperil development and humanitarian assistance in a country that still counts millions of refugees and IDPs and has 80% of its population living below the poverty line. Against this backdrop, terrorist groups — including both al-Qaeda and IS’s Afghan outlet — could have a golden opportunity to reorganize and gain new momentum in spite of the Taliban’s pledge to curb such threats, while other players such as Pakistan, Iran, and China may increase their influence once the US and their Western allies leave.

Experts from the ISPI MED network react to the announcement of the US withdrawal from Afghanistan.

The domestic power struggle is bound to intensify

“The U.S. withdrawal is seen as a game-changer in Afghanistan. Afghans fear that the pullout will encourage the Taliban to seek war over peace. Many Afghans are bracing for an intensified civil war. Politically, many expect the withdrawal to further undercut the weak Afghan government. President Ashraf Ghani is expected to be confronted not only by the Taliban but an emboldened political opposition, which is dominated by former mujahedin commanders. Ghani has sidelined many of these powerful ex-warlords, who are expected to jockey for a greater share of power. Progress in women’s rights, an independent press, and democracy are expected to be reversed as conservative Islamist forces — the Taliban and the country’s former warlords — strive to fill the military and political vacuum left by the international pullout”

“The peace process has been jeopardized since when the Trump administration conceded to Taliban preference for negotiating bilaterally on a timetable for full U.S. withdrawal, excluding the Afghan government. Then, the February 2020/Doha deal further decoupled the withdrawal timeline from significant progress in the so-called “Intra-Afghan” peace talks. Biden’s announcement comes after a diplomatic offensive to strengthen those talks. The Turkey-hosted peace conference – planned for 24 April and organized by Ankara, the UN and Qatar – was intended to obtain a political consensus before the full, unconditioned withdrawal. Now, the fate of the Istanbul talks is completely uncertain, as there’s a lot of uncertainty about what the Taliban will actually do. Taliban spokesperson announced the insurgent group will not participate in any foreign conferences until all troops are gone, but Washington, Ankara and Doha are trying to find out sufficient incentives to prompt Taliban willingness to show up in Istanbul”.

The inherent humanitarian implications of the international disengagement

“The U.S. decision is tragic testimony of the horrific consequences of international interventions lacking coherent goals and sustainable plans for implementation. The Afghan population is most at risk from international hubris. The rights of women and minority groups are especially vulnerable. The Taliban equate withdrawal with victory, and they have garnered international recognition via the now destabilized peace talks. But nation-wide control remains beyond their grasp. Instead, civil war on a more intense scale than during the 1990s could ensue encompassing diverse actors including warlords and proxy groups. U.S. Secretary of State Anthony Blinken has pledged continuing American commitment, highlighting humanitarian aid and advice to the Afghan National Security Forces.  However internecine violence, institutional incapacity, failure to clearly assess needs and endemic corruption militate against effective support and protection for impoverished communities.”

“President Biden’s recent announcement on US troops’ withdrawal from Afghanistan by 9/11 this year sounded surreal for some, but Biden has advocated this for a while. Turkey has become involved in the UN-led peace talks. As the EU partner, NATO member, and the US ally, Turkey already has indicated that it is ready to keep its troops in Afghanistan if it was asked by the Afghans. Turkey enjoys strategic relations with Pakistan, a pivotal state on future peace, and also has good working relations with almost all neighbouring countries of Afghanistan, while also maintaining historical ties with all ethnic communities of the country. It, therefore, is uniquely positioned to balance the interests of these communities inside the country and work towards regional consensus for peace in Afghanistan, assisted by the UN, the EU, and the US”.

“It is widely expected that the greatest regional beneficiary of the US withdrawal from Afghanistan will be Pakistan’s military-dominated ruling establishment. Long known to favour US disengagement from the region, it hopes to regain its influence with a Taliban-led regime in Afghanistan which it sees as the best insurance against Pakistan’s encirclement by India.  But with no guarantee of a peaceful transition in Afghanistan and little tangible evidence of a less repressive Taliban leadership, Pakistan could be left struggling to contain the ‘blowback’ of a fresh influx of Afghan refugees and the challenge of home-grown religious militants galvanised by a Taliban victory”.

The risk of impairing the fight against global terrorism

“Withdrawal of the U.S. troops from Afghanistan will have serious consequences for the security situation in Afghanistan, in the immediate term and the threat potentially will spill over into the region in the medium and long term. Within Afghanistan, it will once again result in increased levels of violence, civil war-like situation, regional proxy warfare, economic contraction, refugees and provide the space for terrorist groups like Al Qaeda linked with the Taliban and the Islamic State’s Khorasan province, to carry out attacks inside Afghanistan and elsewhere. Much, however, would depend on the circumstances, terms, and context of such withdrawal. Without strengthening the capacity and legitimacy of the Afghan government, any precipitous withdrawal will lead to a reversal of the fragile gains of the last two decades. Beyond setting a symbolic date for exit on September 11, 2021, the U.S. and the international community need to focus on condition based withdrawal and institution building for the long term stabilisation of Afghanistan. 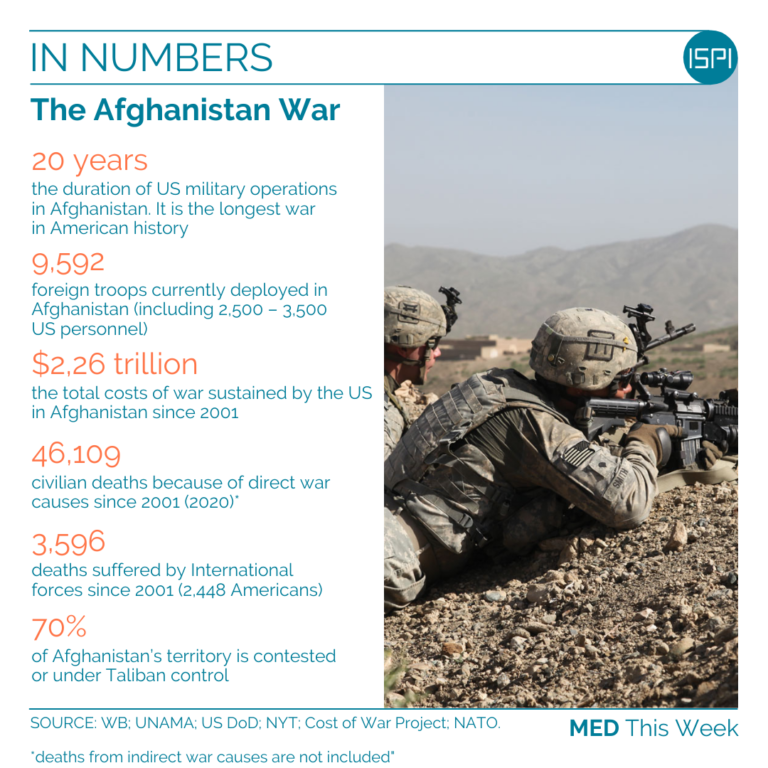