The Rome MED This Week newsletter provides expert analysis and informed comments on the MENA region’s most significant issues and trends. Today we turn the spotlight on Libya, where the protracted debate on the new electoral law and the no confidence vote against Prime Minister Abdul Hamid Dbeibah threaten the country’s fragile transition process and raise concerns over Libyan stability ahead of the election.

One year into the October 2020 ceasefire agreement, Libya is once again in turmoil. On September 21st, 2021, the House of Representatives passed a no confidence motion against the Government of National Unity, led by Prime Minister Abdul Hamid Dbeibah. This political move came after weeks of heated debate around Libya’s new electoral law, approved in August by the Tobruk-based Parliament but then rejected by the High Council of State in Tripoli. These tensions come at a moment of particular fragility for Libya’s transition, with foreign troops and mercenaries still deployed on the ground and a struggling economy after a decade of war and instability. Amid these growing tensions, a few days ago, General Khalifa Haftar announced the suspension of his military role, paving the way for his participation in the presidential bid. Given these circumstances, it is difficult to predict how events will unfold in the following months, leaving the country in an increasingly tense situation. 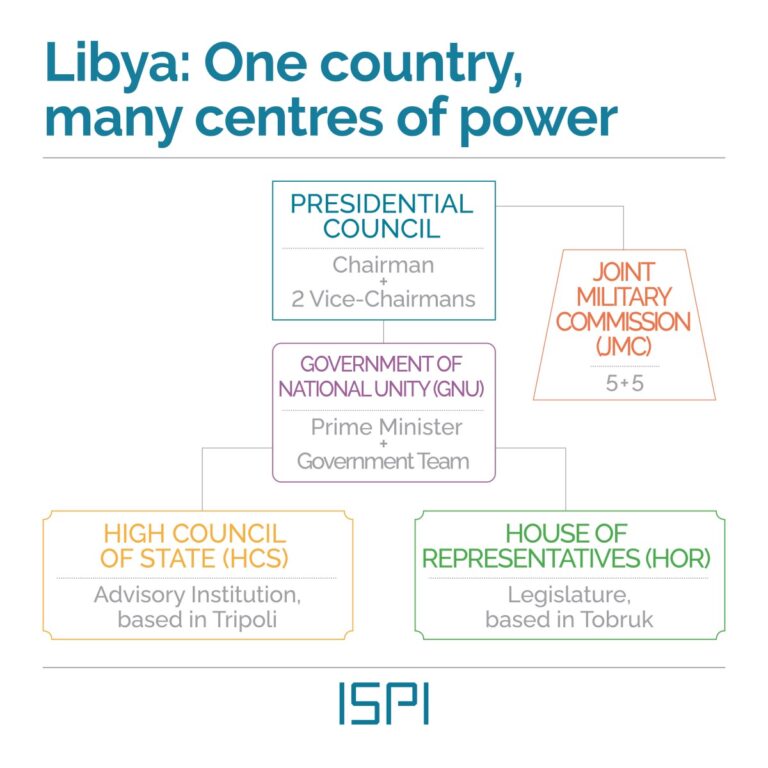 “It is essential to reiterate that the Turkish forces in Libya cannot be considered “mercenaries” since they were called in by the legitimate, UN-recognized Government of National Accord (GNA) in Tripoli to defend it from the criminal attack launched by General Haftar and his troops. These were indeed mostly composed of African and Russian mercenaries.

The Turkish forces can — and actually should — remain in the western region of Tripolitania a while longer to at least continue guaranteeing its security against a possible renewed attack by Haftar’s forces. These have, in fact, been completely re-armed and re-equipped by the United Arab Emirates and Egypt, despite their multiple pledges not to do so since the Berlin Conference in January 2020. This significant presence of African and Russian mercenaries has deepened the appearance of Haftar’s Libyan National Army (LNA) as a strong force capable of controlling parts of the country, especially in the eastern province; thus preventing the emergence of a civilian political class emancipated from Haftar’s authoritarian rule and influence. Their continuous presence in Libya will act as a spoiler for a regular electoral process because of the possibility they might contribute to the rigging of elections in territories controlled by them.”

Haftar is keeping both doors open

“It should be noted that Haftar has not resigned but has temporarily suspended himself from the military role, guaranteeing his return to the same position if the elections are not successful. Backed by Aguila Saleh, he aims to secure the seat of Libya’s President but not only that. Apparently following the path sponsored by the United Nations, Haftar will try to regain the international prestige lost after Tripoli’s siege and corner Prime Minister Dbeibah’s government. The plan is clear: to immediately and considerably limit the Government National Unity’s capacity for action, underlining its transitory nature, while discrediting Dbeibah and his cabinet to increase internal consensus towards Haftar in the medium term. Given the difficulties encountered by this latest executive, Saleh has decided to jump back on Haftar’s bandwagon, aware of the personal benefits he could obtain in an authoritarian government born out of his support.”

Libya’s “cold war” over oil is warming up

“There is a Cold War between the ministry and the National Oil Corporation (NOC) that reflects Libya’s underlying conflict and transition. The oil minister Aoun and his deputy Abbar represent forces in Eastern Libya that established a breakaway parallel with NOC. For many in the NOC, Aoun broke decades of neutrality by exposing it to the bitter divisions of Libya’s politics. Abbar, Aoun’s deputy, is an influential yet divisive figure. His appointment to the ministry to assuage the pro-Haftar camp raised eyebrows for his relationship with Khalifa Haftar’s son, Saddam Haftar, who leads the Salafi-leaning Tariq Bin Ziyad brigade in Eastern Libya. Regretfully, these individuals are not consensus figures, and their appointments through the unity government have deepened Libya’s political crisis instead of solving it. Sanalla is also seemingly incapable of taking a reconciliatory tone as this dispute has become personal. On a technical level, the ministry is stepping on the NOC’s extensive mandate, one that likely needs to be reigned in through a new vision and institutional architecture for Libya’s oil industry.

Dbeibah’s decision to offer the pro-Haftar camp the ability to appoint a figure close to military circles in a ministry that should be stabilising Libya’s economic backbone is backfiring.”

A cloud is looming over Libya’s economy

“Libya’s oil industry has been doing well lately, with exports running at about 1.3 million barrels a day. This, in conjunction with bullish energy markets, has meant quite a robust income for the embattled country. Yet, its fiscal discipline and national finances are being dangerously distorted as a result of electoral politics.

In theory, U.N.-recognized Prime Minister Abdul Hamid Dbeibah, who took office in March, is required to facilitate the election this December and leave office, letting other candidates run. But in actuality, his policies’ time scope goes far beyond this schedule. Dbeibah built an ultra-tight alliance with the leadership of the Central Bank, which enables the government to spend billions in social stipends and infrastructure projects without legislative approval.

In parallel, the Central Bank has been offsetting the inflationary pressures stemming from the exuberant spending by buying billions of dinars from households against dollars.

This overall strategy is toxic and unsustainable. When the aggressive dinar-buying program stops, inflation will return, hurting families across the board.”

The motion will not jeopardize the electoral path, but it will make it harder

“At present, the road ahead is still bumpy, as evidenced by the Libyan Political Dialogue Forum’s difficulties in finding an agreement over the constitutional basis for the next election, which is the road map that resulted from the Berlin Conference on Libya. In theory, the House of Representatives’ vote of no confidence against Abdul Hamid Dbeibah’s Government National Unity — due to controversy around a presidential electoral law — will not prevent the interim government from leading the country towards the election. However, it seems increasingly difficult that the December 24th election will go ahead peacefully and, even if it did, it would unlikely lead to clear and uncontested results nor a new beginning for the country. Against this backdrop, the probable prospect of Khalifa Haftar and Aguilah Saleh running for election is certainly significant. The problem is that the more intricate the Libyan political landscape becomes, the more a real, transparent, and fair electoral process is needed to settle the country’s issues. Nonetheless, Libya’s political forces seem more willing to hold onto what little – or significant – power they have than risk losing it in a democratic electoral contest. Meanwhile, the international community that has imposed an end to the fighting does not seem to have enough strength nor a united front to help this never-ending transition effectively.” 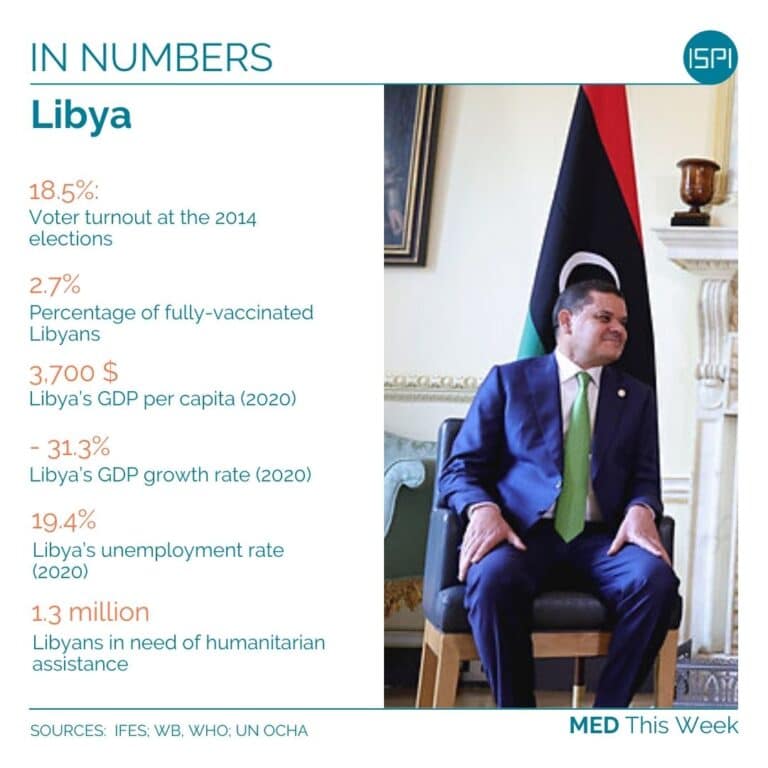