ISPI MED This Week | A Perilous Journey: Migration in the Central Mediterranean

The MED This Week newsletter provides expert analysis and informed insights on the most significant developments in the MENA region, bringing together unique opinions on the topic and reliable foresight on future scenarios. Today, we focus on the Central Mediterranean Route, where a recent spike in border crossings followed by mounting, tragic migrant deaths underlines the need for long-term policies to address the phenomenon.

During the first quarter of 2021, the number of arrivals by sea across the central Mediterranean route increased, as did the amount of victims and missing persons. On May 2nd, at least 11 people reportedly drowned as a result of a shipwreck off the coast of Libya, according to the International Organization for Migrants (IOM). The incident came just one week after the tragic death of up to 130 people in yet another inflatable boat wreck. The continuous loss of life has led several NGOs to call for an urgent change in governments’ approach to the situation in Libya and the Central Mediterranean, leaving room for questions around alleged missing rescue activities. In a joint statement, the UNHCR and IOM warned that “more migrants and refugees may attempt this dangerous crossing as weather and sea conditions improve and living conditions in Libya deteriorate”, and they called on the international community to act to put an end to this avoidable loss of life. To make matters worse, the main African countries that migrants usually transit through to reach Europe are experiencing political challenges. In Libya, the recently appointed Government of National Unity is trying to exert its control over the country, while Tunisia faces a dangerous institutional deadlock and worrisome socio-political conditions. And while Niger is going through its first-ever peaceful democratic transition in an already delicate environment, last month’s shock death of Chad’s veteran leader, Idriss Deby, has led the interim military council to appoint a non-elected government. Meanwhile, the EU is trying to find new approaches to migration management, such as the “New pact on migration and asylum” proposed by the European Commission in late 2020. Nevertheless, the Union’s overall strategy does not appear to have significantly changed, raising doubts about its capability to face a potential surge in new arrivals.

Experts from the ISPI MED network react to the spike of new arrivals in the Central Mediterranean.

The EU should do more, but the deadlock continues

“Last September, the proposal of a long-delayed “New Pact on Migration and Asylum” by the European Commission was no shocker. Despite its name, the Pact’s contents are not novel: they are an intricate way to find avenues for compromise between 27 countries that do not see eye to eye, especially when it comes to intra-EU solidarity. That is why the only consensus on migration rests on strengthening the EU’s external borders, avoiding irregular crossings altogether rather than redistributing asylum seekers among Member States.

For countries of first arrival, like Italy, that is hardly a solution. Despite efforts, irregular crossings in the Central Med since mid-2020 have been experiencing a mini-surge. Unassisted arrivals (86% of the total) cannot be stopped and, having survived a desert and detention, migrants in Libya appear willing to attempt the world’s riskiest sea crossing.”

“It looks like the novel coronavirus is here to stay. Those of us with access to health care will likely have annual vaccinations targeted at new virus variants. Countries where healthcare is sketchy may need to impose contact restrictions on and off. Intercontinental travel will remain subject to vaccination, testing, and quarantine requirements. Regular migration will be affected little: with a firm prospect for decent work, a place to study, or family to join, the extra cost will rarely prevent mobility altogether. However, irregular migration will remain challenging. Yet, individuals fleeing persecution must often travel irregularly. Therefore, the international community should adequately support countries that receive many refugees, both financially and by resettling refugees.”

In Libya, migrants still face several challenges on the ground

“In Libya, there seems to be political willingness to improve the approach to migration management, with the closure of some formal detention centres in 2020 and promising statements by the new Minister of Justice on the closure of all informal detention centres run by militias. The situation on the ground, however, remains marked by protection challenges for refugees and migrants, with more than 4,000 arbitrarily detained across the country and the opening of new detention centres. MMC’s 4Mi data reveals that 54% of the 2,408 refugees and migrants surveyed between July 2020 and February 2021 perceive an increased risk of arrest and detention since the start of the COVID-19 pandemic. Moreover, 39% perceive an increased risk of deportation.”

In the Sahel, migration is an option, but not the only one

“The willingness to migrate within and from Sub-Saharan Africa can increase with poverty and inequality. But this does not necessarily mean that migration flows would increase. Even if people want to move, they may face important liquidity constraints due to poverty and may not be able to afford migration costs. Reducing poverty is a necessity. It should not be conditional on the effect it could have or not on migration. It is critical that migration remains an option among others to get a decent life and not the only option possible, which could push people towards risky behaviours such as irregular migration. Europe and Africa should thus cooperate to manage migration better, by facilitating safe and regular migration, but also work together to make sure that opportunities to have good jobs and living conditions exist in Africa.” 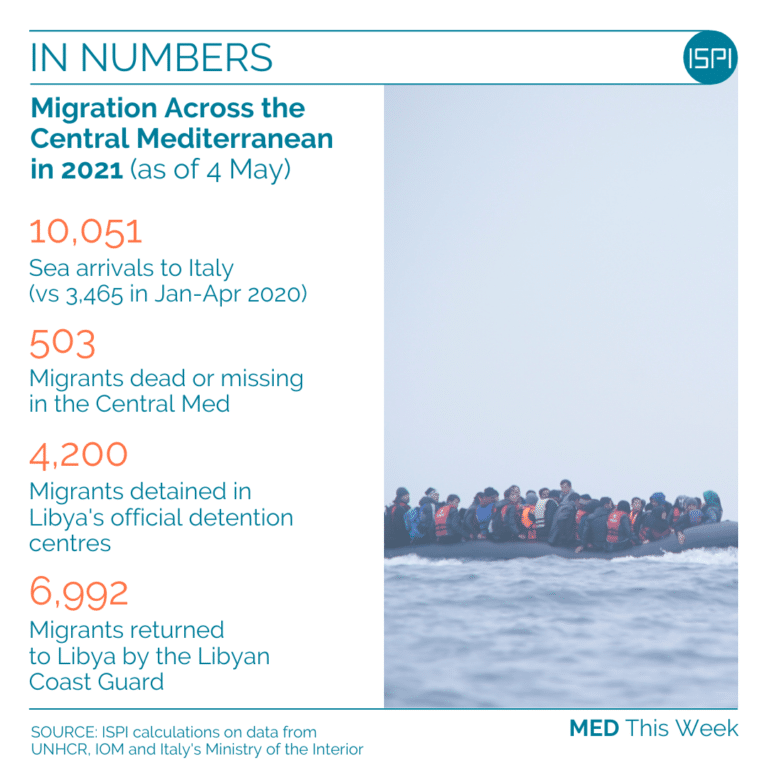