The MED This Week newsletter provides expert analysis and informed comments on the MENA region’s most significant issues and trends. Today, we turn the spotlight on the outcomes of the latest European Council, where the EU-Turkey relationship was discussed in light of the recent attempts to de-escalate the Eastern Mediterranean situation and Ankara’s withdrawal from the Istanbul Convention.

At the latest European Council, the EU leaders agreed to relaunch their cooperation with Turkey. Over the past few months, de-escalation in the Eastern Mediterranean after the interruption of Turkey’s drilling activities and the resumption of talks between Ankara and Athens has given new momentum to the bilateral dialogue. Modernisation of the Customs Union (the volume of EU-Turkey trade reached $143 bn in 2020), public health, climate, counterterrorism, and migration have been identified as the key sectors of a positive agenda to enhance EU-Turkey cooperation, in line with the EU High Representative’s report that was released on 22 March. Following a “stick and carrots” approach, the report includes not only incentives but also restrictive measures, should Turkey not develop a constructive partnership with the EU. Simultaneously, the EU leaders have stressed the importance of the rule of law and fundamental rights in the bilateral relationship. The European Council’s conclusions come after days in which Turkey was under the spotlight due to Ankara’s withdrawal from the Istanbul Convention on preventing and combating violence against women as well as to President Erdogan’s unexpected decision to oust the Central Bank governor just four months into his term, that provoked another fall of the Turkish Lira. While the EU will closely monitor developments in Turkey until the European Council’s next meeting in June, it remains to be seen what will be the first concrete steps ahead.

Experts from the ISPI MED network react to the prospects and challenges of EU-Turkey relations.

The EU-Turkey relations, between expectations and contradictions

“This meeting has once again clearly illustrated the gap between the official framework of Turkish – EU relations, norm-based accession framework, and the prevailing nature of the relations, which is primarily driven by the logic of geopolitics and economy, along with the necessity to work with Turkey to ease the migratory and refugee pressure on Europe. This gap between the official and actual frameworks of Turkish – EU relations create an expectation-reality gap in the relations and leads to glaring contradictions in the approaches of different European institutions towards Turkey. For instance, whereas the European Parliament judges Turkey as a candidate country, therefore adopting a much more normative language towards Turkey, the European Council treats Turkey primarily as a major geopolitical player, rather than a candidate country.”

Economy: the solely European leverage for engaging with Turkey

“The Customs Union is the institutional basis for trade relations between Turkey and the EU, but it no longer sufficiently responds to the economic realities of our times. There is therefore a need to improve or expand it and to conclude a comprehensive investment agreement to strengthen economic ties. However, without an improvement in the rule of law and the necessary economic reforms in Turkey, the success of efforts to strengthen economic ties will be limited. Politically, Ankara is rather inclined to adopt a confrontational language (although this has changed somewhat recently) with the EU, but the vulnerabilities of the Turkish economy force it to moderate these positions towards the EU. As things stand, the EU has only one economic lever over Turkey and it should use it wisely.”

“The EU and Turkey are not on the same page when it comes to critical regional dossiers, from the Eastern Mediterranean to the Libyan crisis and the conflict in Syria. However, recent de-escalation in the eastern Mediterranean and the resumption of talks between Turkey and Greece on disputed maritime borders may pave the way for establishing a wider and deeper cooperation. The positive agenda launched at the latest European Council represents an important starting point for bilateral dialogue that may also extend to regional matters. Undoubtedly, it could work only if EU member states commit to adopting a common approach towards Turkey. Indeed, credibility does not rhyme with disunity.”

Not only funding: Turkey expects more from a revised Statement

“The EU-Turkey Statement had four main separate but not separable pillars: revitalization of Turkey’s accession process; visa liberalization for Turkish citizens; revision of the Customs Union (CU) between Turkey and the EU; and funding for refugees. At the heart of this four-pillar structure, a high-level dialogue between EU and Turkish officials/politicians was absolutely necessary. Five years after the Statement, it is clear that funding was the only aspect that was delivered even with some delays. Although a revision of the Statement will be very useful for both sides, a revised statement with pillars based on the previous structure seems to be unlikely. There is a lack of political will and a growing mistrust on both sides. This time Turkey is motivated to get more than funding, including visa liberalization and/or some modernization of the CU. The EU may be eager to provide limited funding to keep the refugees in Turkey, but it will not be keen to proceed with the modernization, as tension in the Mediterranean does not seem to resolve.”

“Femicide is a widespread problem in Turkey, and unofficial data shows how violence against women needs to be tackled with the utmost urgency. Instead, on March 20, the country’s government withdrew from the Istanbul Convention by presidential decree. This powerful legal instrument has been essential in protecting many women’s lives in the past ten years when it was first adopted by the current ruling government. The conservative AKP leadership now claims that the treaty “justifies homosexuality” and is “divisive and polarizing”. Yet, the withdrawal seems motivated by electoral calculations as well. It is no secret that the Islamist base has been demanding it for some time, and President Erdogan needs to increase support, vis-à-vis polls showing voters straying from his party. Thus, while the Turkish state becomes more and more forceful in its pursuit of power, many women feel completely abandoned by its institutions and live in constant fear of being murdered. A situation that will be exacerbated even more after the withdrawal.” 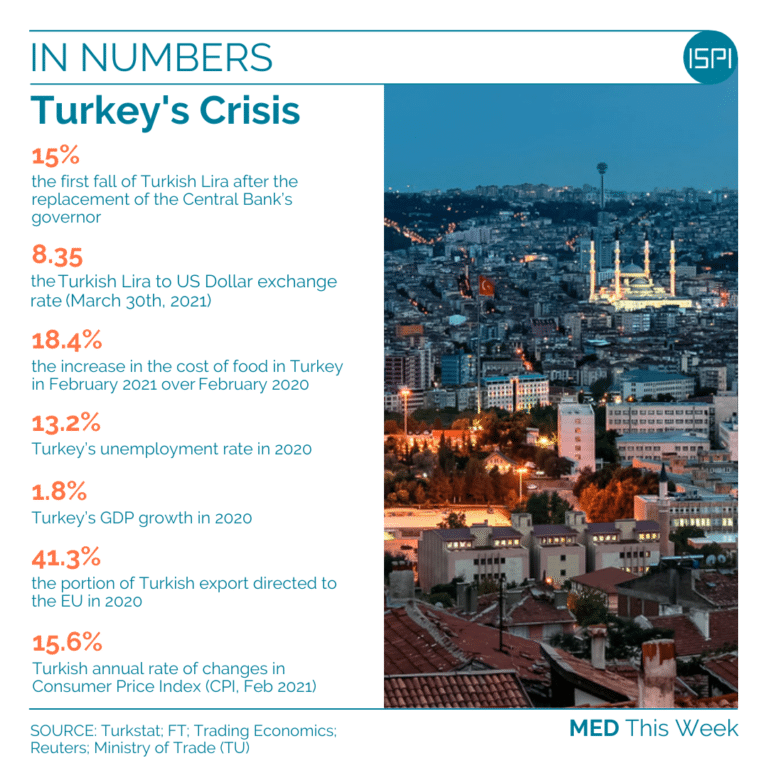