The MED This Week newsletter provides expert analysis and informed insights on the most significant developments in the MENA region, bringing together unique opinions on the topic and reliable foresight on future scenarios. Today, we turn the spotlight on Israel, where opposition parties have recently agreed to form a coalition government to put an end to Benjamin Netanyahu’s 12-year tenure as Prime Minister.

Few minutes before the expiration of his mandate, the Israeli opposition leader Yair Lapid informed President Rivlin he succeeded in forming a coalition government. According to the Israeli media, the new government will have to be voted by the Knesset – within the next seven to twelve days – before being sworn in.  As per the deal, the Yamina party’s leader Naftali Bennett will lead the government until 2023 before passing the baton to Yair Lapid for the term’s remaining years. Overall, the new coalition government will consist of eight parties sitting across a broad and heterogenous ideological spectrum, and the only political glue binding them together seems to be their shared willingness to cease Benjamin Netanyahu’s 12 years in power. In addition to the ultra-nationalist Yamina party, an Arab faction – namely, the Ra’am party – will support a government for the first time. To avoid exacerbating their differences, the coalition leaders have pledged to focus mainly on technocratic issues, such as the Israeli economy and infrastructures, and avoid more contentious matters expected to become a point of friction. Nonetheless, the incoming government will have to face several pressing issues, starting from managing the aftermath of the recent Israeli bombardment of Gaza, the appeasement between different Israeli communities, and the diplomatic stance towards Palestinians and the region as a whole.

Experts from the ISPI MED network react to the formation of a new coalition government in Israel that won’t be led by Benjamin Netanyahu. 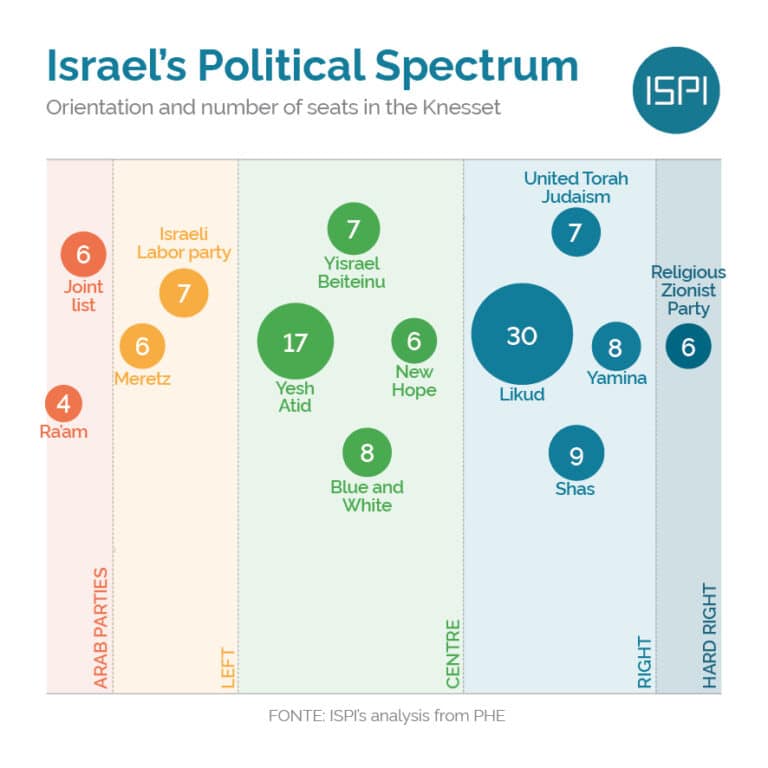 A coalition based on mutual vetoes

“It is hard to say what, exactly, the policy of the incoming government towards settlements will look like before the official coalition contracts are published. Yet, it seems as if the respective partners within the coalition do have some sort of veto rights against each other. It is unlikely that there will be much settlement construction beyond the so-called settlement blocs. At the same time, the “natural growth” of the blocs could be sustained. The same is true for East Jerusalem: already established Jewish neighbourhoods will likely continue to be built, but more disputed areas (e.g. E1) will probably not be developed. The two most important ministries regarding the settlement development – housing and transportation – will be split between the right and the left (Zeev Elkin is likely to take the Housing ministry and Merav Michaeli transportation).”

Netanyahu, the true architect of the new coalition

“After twelve years under the leadership of Benjamin Netanyahu, Israel is preparing to turn the page. Involuntarily, the outgoing premier was the very architect of the heterogeneous coalition government that found a shared understanding in its opposition to the Likud leader. And the more Netanyahu tries to give his opponents a hard time, the more he will help hold together the disparate patchwork of parties brought together by Yair Lapid. Nonetheless, the road ahead appears to be uphill for the new coalition. Not only because a vote of confidence — whose result is rather uncertain given the coalition’s small margin in the Knesset — looms closer. But also because the different interests that converge in it do not seem to represent the best guarantee of stability and durability.”

A crisis of leadership for the Israeli Arab parties

“Arab politics in Israel witnessed a historical development. Not only did an Arab party, the United Arab List (Ra’am), join the governmental coalition for the first time in the country’s history, but it did so from the front door instead of confining itself to supporting the government from behind the scenes. This exceptional political development took place only a short time after the violent clash between Israel and the Hamas regime in Gaza ended. Violent incidents between Arabs and Jews also took place along the Green Line when dozens of young Arabs, especially in the mixed Jewish-Arab cities, took to the streets expressing their solidarity with their Palestinian brethren in East Jerusalem and the Gaza Strip. One of the major factors leading up to the outbreak of anger and frustration among the younger generation in Arab society is the crisis of Arab political leadership in Israel. In the recent parliamentary election held last March, the Arab participation rate reached a historic low when only 45% voted. The joining of Ra’am to the coalition government may open a new page in Arab politics and send to the younger generation in Arab society a clear message of political effectiveness and meaningful citizenship.”

“A ray of light” for the Israeli political instability

“Netanyahu was the reason for Israel’s political instability since the end of 2018. His efforts to cling to power had negative consequences for Israel’s political system, democracy, social cohesion, foreign policy, and national security. The anticipated new government is a ray of light. Although it will be unprecedently heterogeneous, include some problematic appointments, and will face difficulties addressing divisive issues such as the Israeli-Palestinian conflict, it will bring hope that societal polarization can be reversed and that good governance can be restored. It will bring left-wing parties back to positions of power, after years of absence, and it will represent the emergence of a much-needed fresh leadership, committed to Israel’s future more than to personal interests.”

Beside the political change, a diplomatic continuity

“As the prospective Israeli government is comprised of a wide range of political parties who do not see eye-to-eye on many ideological issues, especially on a resolution to the Israeli-Palestinian conflict, Israel is not expected to experience a dramatic shift in its strategy towards the region. The new government will wish to expand and deepen the Abraham Accords (AA), but it will be limited in the possible returns to the Palestinians that it can implement politically. The government will be able to offer only narrow actions towards the Palestinian Authority, such as the improvement of movement between territories or assistance on infrastructural projects, but it will not be able to take any declarative and dramatic steps. This is unlikely to entice an expansion of the AA, but the existing accords will be preserved and maintained. Nevertheless, Hamas is a mutual enemy to all AA partners and Israel, and they can potentially collaborate on a strategy to reduce Hamas’ military capacity in the Gaza Strip vis-à-vis Egypt.”

“How will the potential emergence of a new coalition from the Israeli government affect bilateral relations between Tel Aviv and Washington? In large part, of course, it will depend on the kind of policies the upcoming government will adopt: with regard to East Jerusalem and the settlements in the West Bank; towards its neighbours; and, more importantly, in managing the highly inflammable situation in the country and the risk of an escalation of Arab-Jewish violence inside many Israeli towns. That said, Netanyahu’s departure – if, and that is a big if, definitive – certainly represents a welcome outcome in Washington. For the Biden administration, we can say it represented the essential precondition for trying to gradually re-engage with the peace process and emancipate the US-Israeli relationship from the sort of neoconservative stamp Netanyahu impressed upon it.” 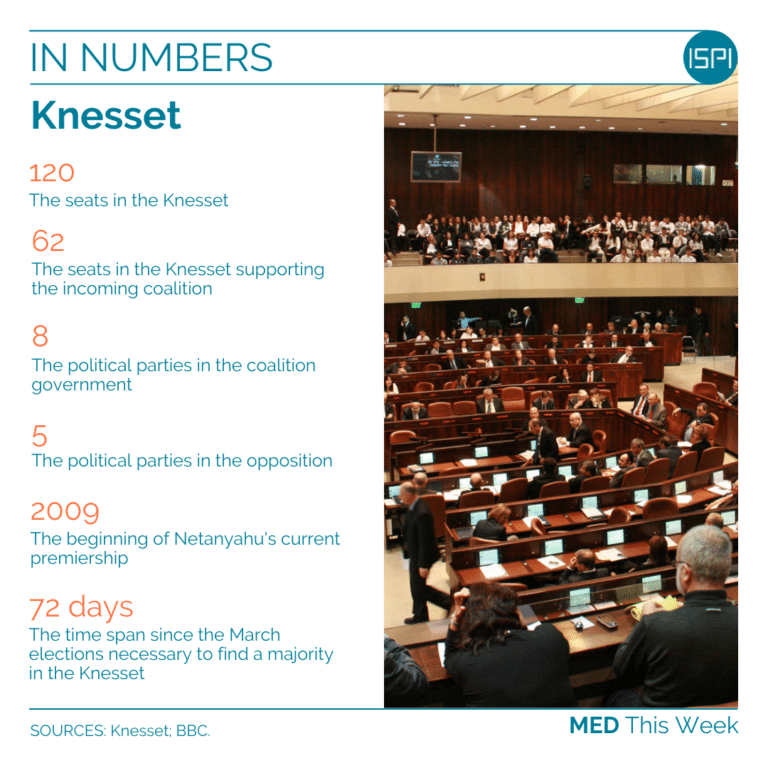