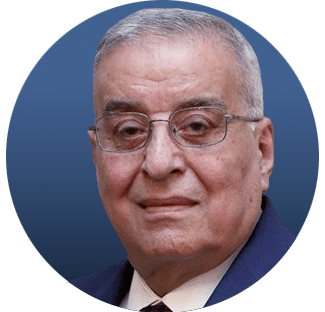 Abdallah Bou Habib is the current Minister of Foreign Affairs and Emigrants of Lebanon. He began his career at the World Bank in May 1976 as an Economist and then a Senior Loan Officer in the Middle East and North Africa (MENA) region.  From May 1983 to February 1990, Dr. BouHabib served as Lebanon’s Ambassador to the United States. He rejoined the World Bank in February 1992 as Adviser to the MENA Vice President and Regional External Affairs Unit Chief. In March 2001, Ambassador BouHabib returned to Lebanon and served until August, 2005 as Senior Adviser to Lebanon’s Deputy Prime Minister. He founded and managed the Issam Fares Center for Lebanon (IFCL) from 2007 to 2015. Dr. BouHabib is a graduate of the American University of Beirut and holds a Ph.D. in Economics from Vanderbilt University in Nashville, Tennessee. He was a Lecturer at Vanderbilt University, Notre Dame University and La Sagesse University.