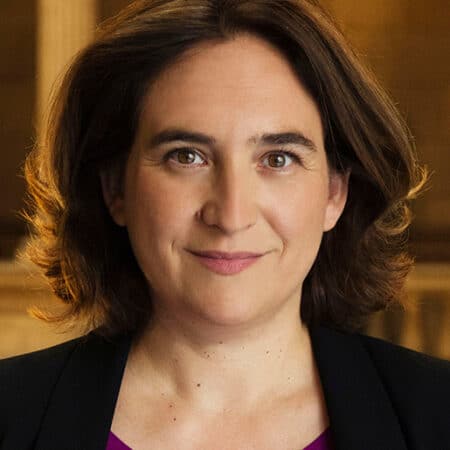 Ada Colau Ballano was elected Mayor of Barcellona in 2015 and is the first woman to hold the office. She is a Spanish left-wing representative. Colau was one of the founding members and spokespersons of the Platforma de Afectados por la Hipoteca (PAH) (Platform for People Affected by Mortgages), which was set up in Barcelona in 2009 in response to the rise in evictions caused by unpaid mortgage loans and the collapse of the Spanish property market in the wake of the 2008 financial crisis. In 2019 she was re-elected to the post of mayor.