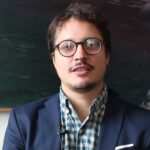 Adam Baron is a Visiting Fellow at the European Council on Foreign Relations and an International Security Program Fellow at New America. Born and raised in Baltimore, Maryland, Adam received a BA from Williams College and an MA from the Department of War Studies at Kings College London. He was previously based in Sanaa, Yemen, from 2011-2014 where he worked as a journalist, reporting for the Christian Science Monitor, the Economist and McClatchy newspapers. His commentary on Yemen has been featured in outlets including Foreign Policy, the Atlantic, Politico, LIMES and the Nation (US).