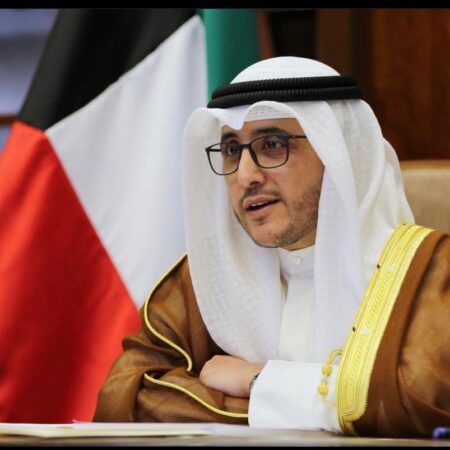 Dr Ahmed Nasser Al-Mohammed Al-Ahmed Al-Jaber Al-Sabah was appointed Minister of Foreign Affairs in 2019. In 2019 he was awarded the Medal of Chevalier of the Legion of Honour from the President of the French Republic, Emmanuel Macron. He first joined the Cabinet of the Deputy Prime Minister & Minister of Foreign Affairs in 2006 as a Director. Dr Ahmed Nasser began his career as political Researcher at the Department of Committees and Follow-up of H.H. the Crown Prince Diwan in 1995. He holds a PhD in Political Sciences from the University of Paris 1 Pantheon-Sorbonne, as well as a Master’s in International Relations and Translation from the Strasbourg University for Human Sciences and two Bachelors’ – one in Modern Languages and one in International Relation from Strasbourg University for Human Sciences.