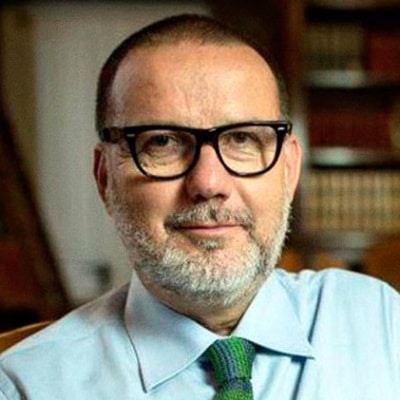 He taught in the Universities of Bologna and Roma 3. Actually he is full professor of History of Christianity at the University of Modena-Reggio, Chair Holder of the Unesco Chair on Religious Pluralism and Peace for his University and the University of Bologna and he was invited to lecture in many academic institutions all over the world. Since 2007 he is secretary of the John XXIII Foundation for Religious Studies: in this capacity he founded in Palermo the La Pira Library for the history and history of the doctrines of Islam. Mr Melloni is also the director of the COGD program, the History of Ecumenism as he was for the history of Vatican II, he is the founder of the European Academy of Religion, and the european research infrastructure Resilience and team leader of the Infraia program Rei_Res. He has written more than 400 scientific articles and some 20 research books on religious history. Now he is a columnist for «La Repubblica», and the all-news public tv channel «RaiNews».