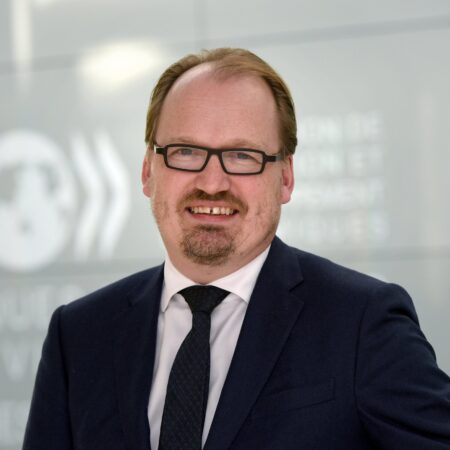 Andreas Shaal is the Director of OECD Global Relations and a non-Resident Senior Fellow of the Chongyang Institute for Financial Studies at Renmin University of China (RDCY). As the Director of OECD Global Relations, he is responsible for the OECD’s special relations with Brazil, China, India, Indonesia and South Africa. Between 2013 and 2016, he served as the Head of the Sherpa Office and the Global Governance Unit at the OECD and, between 2013 and 2018, as the G20 Sous Sherpa. He also worked with the OECD Chief of Staff and Sherpa to advance the organisation’s contributions on several projects, such as the G7 Deauville Partnership supporting Transition Countries in the MENA Region.