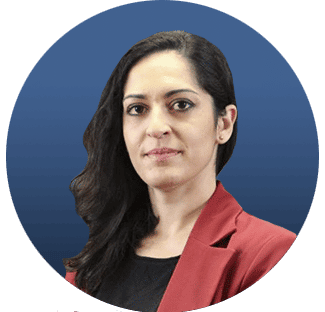 Dr Aniseh Bassiri Tabrizi is a Senior  Research Fellow at the International Security Studies department of the Royal United Services Institute (RUSI). She is also a Visiting Fellow at War Studies, King’s College London and a consultant at a NATO-sponsored expert panel on Afghanistan. Her research is concerned with security in the Middle East, with a particular focus on Iran’s foreign and domestic politics, but a focus also on armed groups, drones proliferation, and counter-proliferation. She frequently writes for outlets such as Foreign Policy, BBC News, The Telegraph, The International Spectator, The Aspen Institute, The Middle East Eye and Al-Monitor and appears on the BBC, Al Jazeera, Sky News, Bloomberg, The Wall Street Journal, The New York Times and France 24.