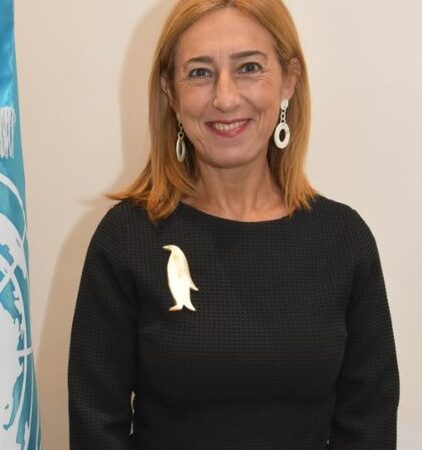 Ms. Begoña Lasagabaster is the UN Women (UNW) Representative to Tunisia and Libya. Prior to this assignment, she served as the UNW Head of Office in Lebanon (2017-2018). From 2008 to 2017, she worked as a specialist and advisor on Women’s Leadership and Political Participation, first with UNIFEM, and since its initial establishment, with UN Women in New York. While in New York, Ms. Lasagabaster held the position of Chief of Leadership and Governance, and from 2014 to 2015, was also the Acting Director of the UN Women Policy Division. For 12 years (1996-2008), Ms. Lasagabaster was a member of the Spanish parliament serving on several of its committees, including the committees of Home Affairs; Justice; Foreign Affairs; Constitutional Affairs; Budget; Public Administration; European Union and Parliamentary Rules and Procedures. She also was a member of the Delegation of Congress-Senate at the Conference of the Institutions Specialized in European Community Issues and Parliaments of the European Union (COSAC). On a global level, Ms. Lasagabaster was an electoral observer representing the Spanish Parliamentary Delegations in the following elections: Lebanon (2005), Venezuela (2005), Palestine (2006), Peru (2006), Ecuador (2006), Democratic Republic of Congo (2006), Bosnia-Herzegovina (1996 and 2006). A leader in international development and champion of women’s rights, Ms. Lasagabaster has recently received the Premio de la Federación Española de Mujeres Directivas, Ejecutivas, Profesionales y Empresarias) Women Directors, Executives, Professionals and Businesswomen. Categoría Internacional. In 2004, she was also given the Cross of Honor of St. Raymond of Peñafort, which is awarded by the Spanish Ministry of Justice for her work in the elaboration of bankruptcy laws. In 2000, she was awarded the Civil Merit Award by the Spanish Ministry of Foreign Affairs for her parliamentary work in relation to the European Union.

Ms. Lasagabaster is a lawyer by training, with specializations in Community, Civil and Private International Law. She holds a master’s degree in European Law from the College of Europe, Bruges (Belgium) and a Law degree from the Universidad de Salamanca, Salamanca (Spain).