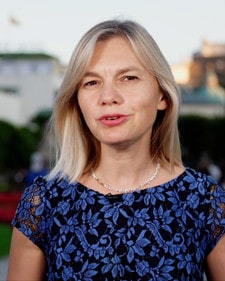 Bethany Bell has been a foreign correspondent for the BBC since 2001 and is currently based in Vienna. She is a regular contributor to Radio 4’s From Our Own Correspondent. She is the senior producer and editor of UNHCR’s podcast “Awake at Night” which won silver at the British Podcasting Awards 2019. She has reported from more than 30 countries: throughout Europe, the Middle East and the United States. In recent years, she spent long periods in Egypt, covering the Tahrir uprising and its aftermath. In 2006, she was part of the BBC team that won an International Emmy Award for the coverage of the Israel-Lebanon conflict. She has followed the Iranian nuclear issue since 2003 and frequently reports on Austrian politics, history, and culture.