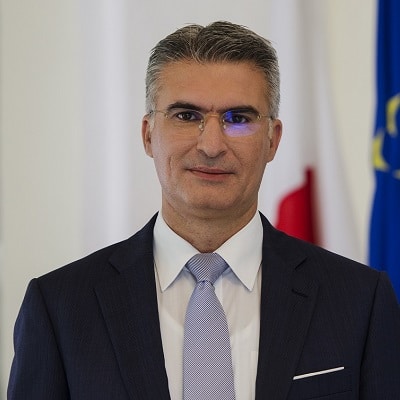 Carmelo Abela is serving as Minister for Foreign Affairs and Trade Promotion since 2017. He first contested general elections in 1996, he was elected in every general election since then. Mr Abela served as Deputy Speaker of the House between June 2003 and May 2010, and as Minister for Home Affairs and National Security in 2014. In the past years he represented the Maltese Parliament in a number of conferences abroad, both as Member of Parliament and also in his role of Deputy Speaker.