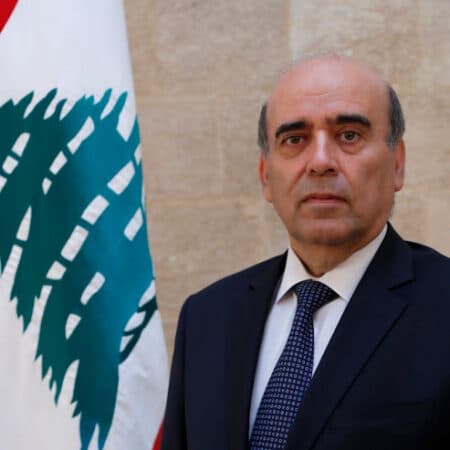 Minister of Foreign Affairs and Emigrants, Lebanon (until 2021)

Charbel Wehbi is a Lebanese politician. He was appointed Minister of Foreign Affairs and Emigrants in August of this year. Prior to this posting, Mr. Wehbè was the diplomatic advisor to President Michel Aoun. His political career has led him to serve on behalf of the Lebanese government in many different countries. From 2007 to 2012, Mr. Wehbè was the Lebanese ambassador to Venezuela. He also served as general Consul in Los Angeles from 2007 to 2012 and in Montréal from 1995 to 2000. In regards to his studies, Mr. Wehbè  studied both Law and Mathematics during his academic path at the University of Lebanon.