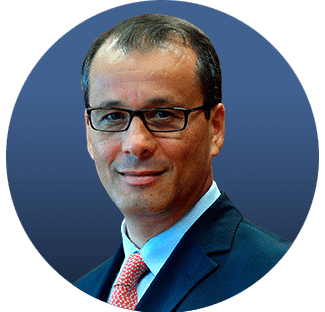 Cornel Feruţă has been appointed State Secretary for Global Affairs and Diplomatic Strategies on January 21st 2020. He is a career diplomat since 1998 and holds the diplomatic rank of Ambassador in the Romanian Diplomatic Service.Starting 2013, he held various positions within the International Atomic Energy Agency (IAEA) as Assistant Director General, Chief Coordinator and Acting Director General (between 25 July and 2 December 2019). Between 2012 and 2013 he was Director General for Political Affairs and Political Director in the Romanian Ministry of Foreign Affairs (2012-2013). In the first half of 2013, he was Chairman of the PrepCom II of the NPT Review Conference. In 2012 he was briefly Chief of Staff to the Prime Minister of Romania. From 2005 to 2007 he served as Chief of Staff to the Minister of Foreign Affairs of Romania. Previously, he held other senior positions in the Ministry of Foreign Affairs, including Director of the Western Balkans and Regional Cooperation Division (2004) and Advisor in the Minister’s Cabinet.