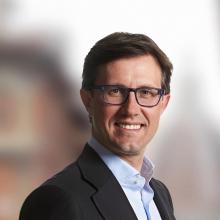 Dario Nardella is an Italian politician who has been the Mayor of Florence since 26 May 2014. He graduated in law from the University of Florence, and in the same university he obtained a PhD in public law and environmental law. He currently teaches law on cultural heritage at the university. In the last Prodi government (2006-2008), he was the legal adviser to the Minister for Relations with Parliament and Institutional Reforms, Vannino Chiti. In 2004 he was appointed as President of the V Council Commission for Culture, Education and Sport in Florence and in 2009, he was Deputy Mayor to Mayor Matteo Renzi’s council. In 2012 he was appointed President of the National Council of ANCI (Association of Italian Municipalities) for productive activities. In 2013 he was elected to the Chamber of Deputies for the XVII Legislature and was a member of the Commission for Productive Activities, Commerce and Tourism.