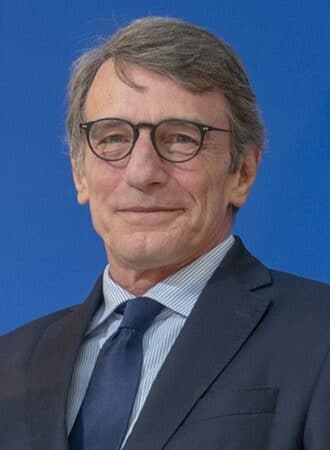 In May 2019, David Sassoli began his third term as a Member of the European Parliament (MEP) for Italy and on July 3rd he was elected President of the European Parliament. He was first elected as a MEP in 2009. In the 2009-2014 legislature, he was head of delegation of the Partito Democratico in the European Parliament. In 2014, he was re-elected as an MEP and was elected Vice-President of the European Parliament, with responsibility for Mediterranean Policy, the budget, and buildings. He was a member of the Committee for Transport and Tourism, and led on European railway reform (4th Railway Package), and the Single European Sky. Sassoli graduated in political science at the University of Florence in in the 1970s. He then began his career as a journalist at small newspapers and news agencies, before moving to the editorial office of Il Giorno in Rome, where he worked for seven years. In 1992, he began working as a television news reporter and correspondent for TG3. Subsequently he worked on news programmes on Rai Uno and Rai Due, before joining the editorial staff of TG1 in 1999 as a special correspondent. Over the next 10 years, he was responsible for managing prime time news broadcasts, and covering major national and international events. In 2007, he became Deputy Director of TG1 and responsible for indepth programmes TV7 and TG1 Special.
*to be confirmed
ALL SPEAKERS & CHAIRS