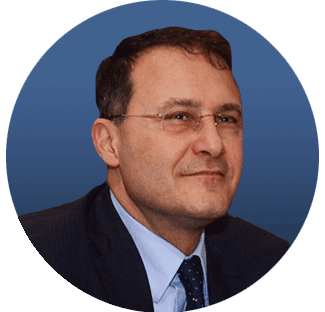 Edmondo Cirielli is the Italian Deputy Minister of Foreign Affairs and International Cooperation.

He is a Brigadier General of the Carabinieri Auxiliary Corps, and was elected elected Member of the Chamber of Deputies for the first time 2001. In 2009, he was elected President of the Province of Salerno for the Centre-Right Coalition.

He holds degrees in Law, Political Sciences and Science of Internal and External Security, and also attended Military Schools.