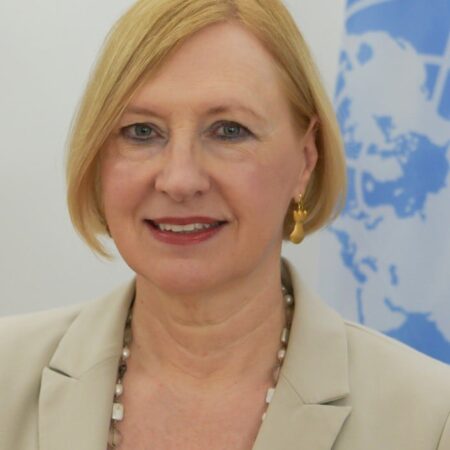 Special Representative and Head of the Peacekeeping Force in Cyprus, United Nations

Ms. Spehar has extensive political experience in several senior positions with the Department of Political Affairs since 2007.  Currently Director of the Policy and Mediation Division, she has previously served as Director for the Americas and Europe Division and Director of the Europe Division, engaging extensively on key political issues facing the region.  She also served briefly as Interim Special Representative of the Secretary-General and Head of UNFICYP in 2008. Prior to joining the United Nations, Ms. Spehar was a senior official with the Organization of American States for more than 12 years, working to promote democracy and develop that Organization’s dialogue and conflict-resolution instruments.