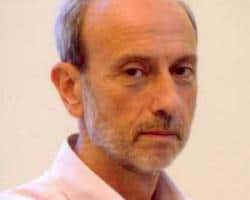 Born in Venice in 1946, Franco venturini began his journalistic career in 1966 at “Telegrafo” of Livorno. From 1969 to 1973 he worked at “Gazettino” in Venice and later at “Tempo” in Rome. In 1986 he joined “Corriere della Sera”, where he has been correspondent from Moscow and currently he is columnist and special envoy.