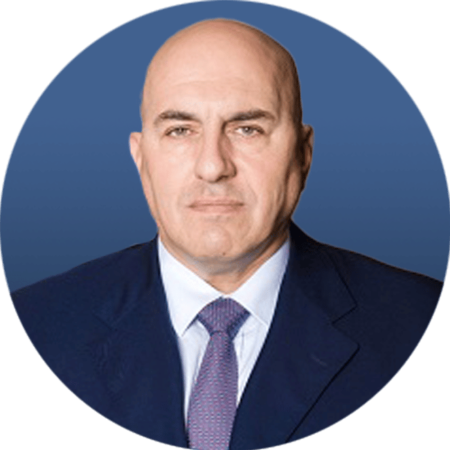 Guido Crosetto was elected as a Member of Parliament for the first time in 2001, and has since served in varioud parliamentary committees: Permanent Committee on Budget, Treasury and Planning; Committee of Inquiry into the Telekom Serbia Affair; Committee for the General Direction and Supervision of Radio and Television Services; Oversight Committee for the Cassa Depositi e Prestiti (deposits and loans fund).

In the 16th Parliament, elected for the Popolo delle Libertà party, he took office as Undersecretary of State for Defence. At the end of his term as Undersecretary, he was appointed as a member of the Foreign and Community Affairs Commission and then of the Budget, Treasury and Planning Commission.

In December 2012, he founded Fratelli d’Italia (Brothers of Italy) with Giorgia Meloni and Ignazio La Russa and served as National Coordinator until 2014.

In 2014, he was appointed President of AIAD, the Federation of Italian Companies for Aerospace, Defence and Security.

He has been the Minister of Defence of Italy since 22 October 2022. At the same time, he was appointed Chancellor and Treasurer of the Military Order of Italy.