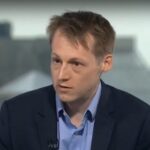 Hugh Lovatt is a Policy Fellow with ECFR’s Middle East and North Africa Programme. He focusses on EU policy towards the Middle East Peace Process (MEPP) and domestic Palestinian politics. During this time, he has worked to advance the concept of EU Differentiation, which was enshrined in UN Security Council Resolution 2334, and led a 2016 track-II initiative to draft an updated set of two-state parameters. He also co-developed an online project mapping Palestinian politics. Prior to this, Hugh worked as a researcher for International Crisis Group and as a Schuman Fellow in the European Parliament focussing on Middle-East policy. He also worked for the Aga Khan University’s Institute for the Study of Muslim Civilisations as an Arabic translator.