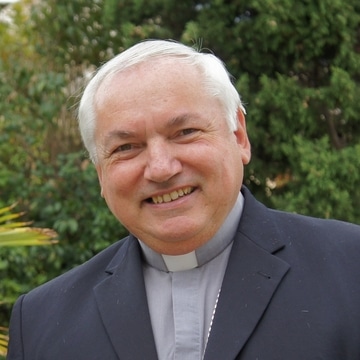 Jean-Marc Aveline was named Archbishop of Marseille in 2019 after serving as an auxiliary bishop there since 2013. He studied at the inter-diocesan seminary of Avignon from 1977 to 1979. He then joined the Carmes Seminary of Paris to study at the Catholic University of Paris where he earned a doctorate in theology in 2000. He also earned a degree in philosophy at the Sorbonne. He was ordained a priest of the Archdiocese of Marseille in 1984. He taught theology and was director of studies at the seminary in Marseille and performed parish work at the Saint-Marcel parish. Moving to the parish of Saint-Pierre and Saint Paul, he served as episcopal vicar from 1987 to 2007. In 2007 he was also named to a five-year term as a consultant to the Pontifical Council for Interreligious Dialogue. He led the Archdiocese’s vocation service from 1991 to 1996. In 1992 he founded the Institut des sciences et de théologie des religions of Marseille (ISTR) and was its director for the next ten years. He was director from 1995 to 2013 of the Institut Saint-Jean, which in 1998 became the Catholic Institute of the Mediterranean and developed an association with the Faculty of Theology of Lyon.