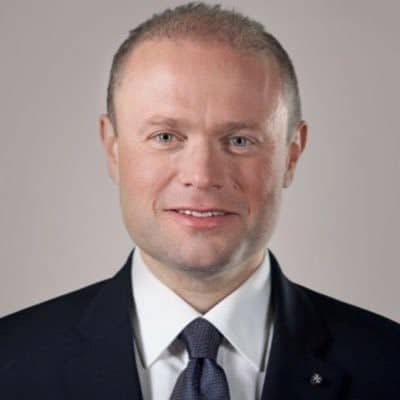 From 1992-1997 he was a journalist and eventually Assistant Head of news with a national private radio station. He was elected member to the National Executive of the Partit Laburista at the age of 21 and later nominated as Education Secretary of the Party. From 1997 to 1998 he was a member of the National Commission for Fiscal Morality. Dr. Muscat was also a market intelligence manager and investment adviser. He successfully contested the first European Parliamentary elections in Malta in 2004. In 2006 he was the recipient of the Outstanding Young Person of the Year. In 2008 he was elected as the Leader of the Partit Laburista.