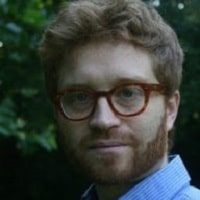 Julien Barnes-Dacey is the Director of the Middle East & North Africa programme at the European Council on Foreign Relations (ECFR). His primary topic of focus is European policy towards Syria, the wider Mashreq, and the Gulf. Barnes-Dacey’s recent publications include “To end a war: Europe’s role in bringing peace to Syria,” “The war next door: Syria and the erosion of stability in Jordan, Lebanon, and Turkey,” and “Responding to an Assertive Gulf.” He has worked as a researcher and journalist across the Middle East. Based in Syria from 2007 to 2011, he reported for the Wall Street Journal and the Christian Science Monitor. Previously, he was editor of Niqash, an Iraqi news service and worked for the Cairo Times in Egypt. He also headed the MENA practice at Control Risks, a private sector political consultancy. Barnes-Dacey holds a bachelor’s in History from the London School of Economics, an master’s in Middle Eastern Studies from the School of Oriental and African Studies and studied Arabic at the Institut Français du Proche-Orient.