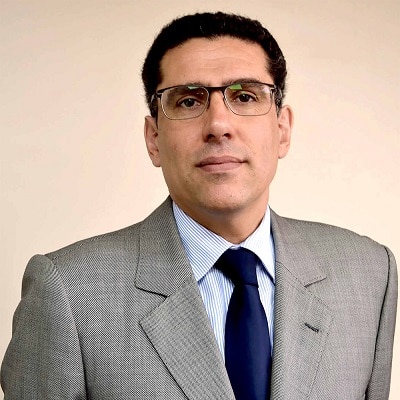 Karim El Aynaoui is Dean of the Faculty of Economics and Social Sciences of the Mohammed VI Polytechnic University. He is also President, Policy Center for the New South (former OCP Policy Center) and serves as advisor to the CEO and Chairman of OCP Group, a global leader in the phosphate sector. From 2005 to 2012 he worked at Bank Al-Maghrib, the Central Bank of Morocco. He was the Director of Economics and International Relations, and member of the Governor’s Cabinet. Before joining Bank Al-Maghrib, Karim El Aynaoui worked for eight years at the World Bank, both in its Middle Eastern and North Africa, and Africa regions as an economist. He is a board member of the OCP Foundation, a member of the Strategic Advisory Board of the IFRI Institute, and a member of the COP22 Scientific Committee. He also participates in the Malabo-Montpellier Panel