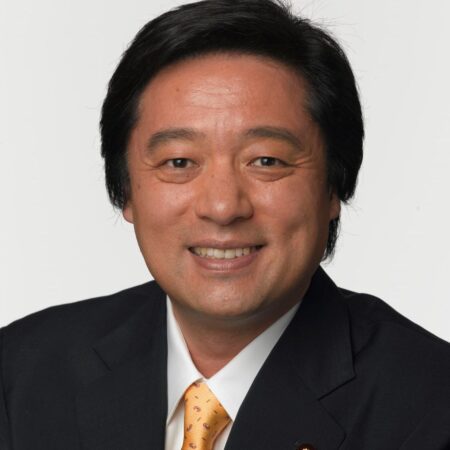 He began his career in 1984 as Secretary to the Representative Director of the Saison Group. In 2005 he was elected to the House of Representatives for the first time, and then re-elected in 2012. He was elected even for a third term in 2014 after having served as Parliamentary Vice-Minister of Defense. In October 2015, he has been appointed as State Minister of Defense and State Minister of Cabinet for Security in a reshuffled cabinet. In october 2018, he has been appointed Chairman of the Committee on Foreign Affairs of the House of Representatives, until in september 2019 he began to serve as State Minister for Foreign Affairs.