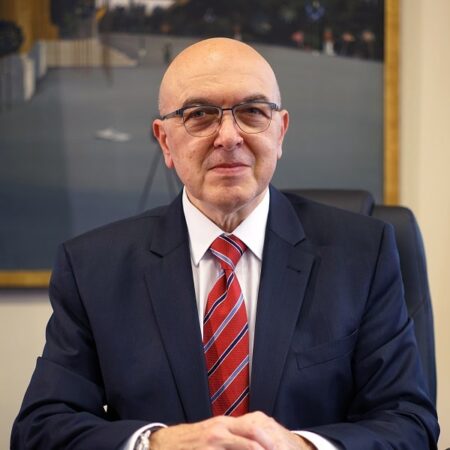 Kostas Fragogiannis was born in 1959, in Kavala. After graduating from the British Institute of Marketing (HND), he continued his studies in the U.S., earning a B.Sc. in Business Administration and an MBA in International Management & Computer Systems from the University of San Francisco. For over 30 years, he has held senior executive positions in major companies and groups. Before assuming his duties as Deputy Minister of Foreign Affairs for Economic Diplomacy and Openness, he was the Development Manager of the Chipita Group. He has led a total of 18 productive investment projects in 16 countries, 9 investment consortiums, 5 buyouts and, finally, the founding of multiple commercial enterprises in dozens of countries.