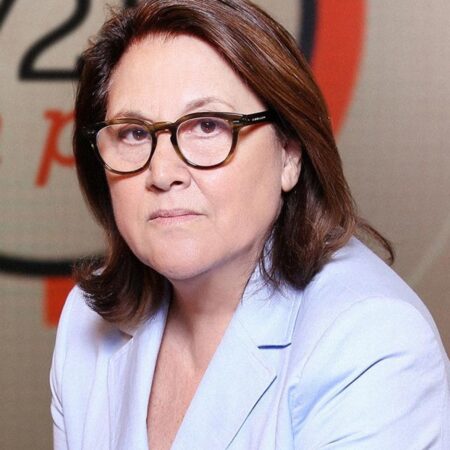 Lucia Annunziata is a writer, journalist and TV presenter. She obtained a degree in History and Philosophy. In 1979 she became a professional journalist, working as a correspondent from the United States first for Il Manifesto, then for La Repubblica. In 1993 she won an International Fellowship from the Nieman Foundation for Journalism at Harvard. She then went on to work for the Corriere della Sera and finally for RAI in 1995; in August 1996 she became executive editor of the TG 3. In 2000, she became executive editor of the newborn news agency ApBiscom (subsequently renamed APCOM). She became President of RAI on 13 March 2003 and resigned on 4 May 2004; she was the second woman President of RAI (after Letizia Moratti in 1994). In 2005–2006, she hosted the interview program In 1/2 h for Rai Tre. Currently, she works as columnist for La Stampa and as a panelist for The Washington Post. She received the America Award of the Italy-USA Foundation in 2014. She’s been Chief Editor of Huffington post Italy between 2012 and 2020. As of September 2020, she is a member of the Italian Aspen Institute.