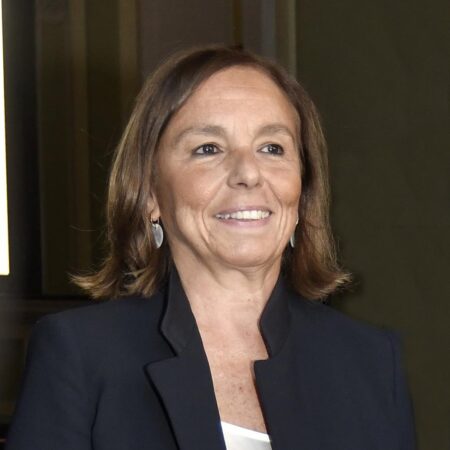 Minister of the Interior, Italy

Luciana Lamorgese is an Italian civil servant and prefect, and Minister of the Interior in the Conte II Cabinet since September 2019. Lamorgese graduated in law and qualified as a lawyer. In 1979, she began working for the Interior Ministry, becoming a vice prefect in 1994 and a prefect in 2003. She was prefect of Venice from 2010 to 2013, working alongside Giorgio Orsoni, the elected mayor. In 2017, with the end of the Renzi government, she became prefect in Milan, replacing Alessandro Maragoni. On 13 November 2018 she was appointed as a state councillor by the Council of Ministers chaired by Giuseppe Conte, who was forming his first government.