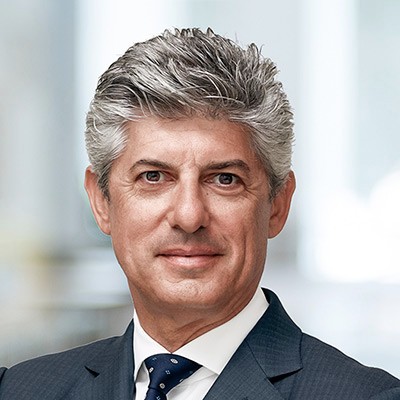 Marco Patuano is Chairman of the Board of Directors and of the Sustainability and Territory Committee at A2A since May 2020. He is also founder and CEO of MP Invest, Senior Advisor Italy and Senior Advisor Europe – TLC and Infrastructure for Nomura, Chairman at Daphne 3 S.p.a and Board Member of Telit, AC Milan and Digital Value.

He has developed most of his professional career, from 1990 to 2016, at Gruppo Telecom Italia, where he became Chief Executive Officer in 2011. Whilst at Gruppo Telecom Italia, he participated at the startup of Telecom Italia Mobile (“TIM”) from 1995 to 2001 and spent six years abroad from 2002 to 2008 as Chief Financial Officer of TIM Brazil, General Manager for Latin America and CEO of Telecom Argentina. In this period he sat and chaired several boards of directors of various listed companies in Brazil, Chile, Argentina and in the United States.

From 2013 to 2016 he was Board Member of the GSMA. Until 2016 he was also a director of Fondazione Telecom Italia, Fondazione Bocconi and the European Institute of Oncology and he has worked with various

universities in Italy and the United States. From 2016 to 2019 he was CEO of Edizione S.r.l., the Benetton family holding company.

He graduated in Business economics at Università Bocconi, Milan, and did post‐graduate studies in Europe and the United States.