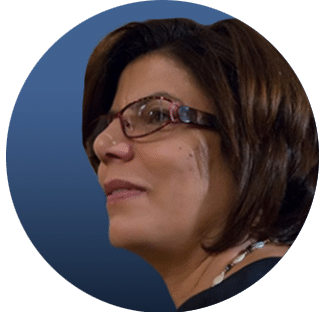 Margaret Karram has been elected President of the Focolare Movement on 31 January 2021. She was born in Haifa, Israel in 1962 into a Palestinian Catholic family. She holds a B.A. in Jewish Studies from the American Jewish University in the United States. She has held various positions for the Focolare in Los Angeles and in Jerusalem. Her past experience includes membership of various commissions and organizations for the promotion of dialogue between the three monotheistic religions, such as the Episcopal Commission for Interreligious Dialogue, the Assembly of the Catholic Ordinaries of the Holy Land and the ICCI (Interreligious Coordinating Council in Israel). She worked for 14 years at the Consulate General of Italy in Jerusalem.

Since 2014, she has been at the International Centre of the Focolare as councillor for Italy and Albania and co-responsible for Dialogue between Ecclesial Movements and New Catholic Communities.