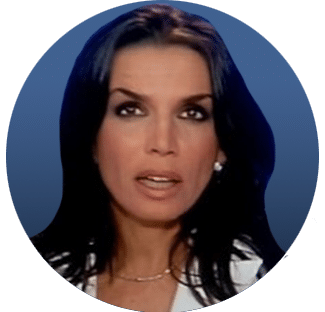 Maria Cuffaro is currently correspondent and presenter of the Tg3 Rai. In 1986 she was a journalist for Italia Radio, and in the meantime also collaborated with Sette, Il Venerdì, Annabella, Avvenimenti, Die Tageszeitung, Nordreihnishcer Rundfunk, Nuova Ecologia. In 1989 she had her first contract with Rai, at Radio 3 for Il filo d’Arianna (inquiries from abroad). Since 1991 she has worked with Michele Santoro (Il Rosso e il Nero, Temporeale). In 1996 she conducted a Channel Four broadcast about Italy. In 1997 she wrote a series of documentaries for Rai 2 (Speciale 24ore). In 1999 she wrote several documentaries for C’era una volta, Rai3. In 2000 she worked once again with Michele Santoro for the docuseries “Sciuscià”. In 2006 she became a permanent guest of Matinée entertainment program (Rai2). In 2007 she was awarded the Maria Grazia Cutuli journalisim prize.