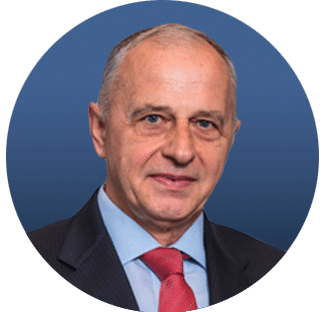 Mircea Geoană became NATO Deputy Secretary General in October 2019, after a distinguished domestic and international career. Mr Geoană is the first Deputy Secretary General from Romania. Prior to this commitment, he has been Chair of the Parliamentary Committee for Romania’s accession to the Schengen Area (2012-2014), High representative of the Romanian Government for Strategic Economic Projects and Public Diplomacy, President of the Romanian Senate and President of the Social Democratic Party. Mr Geoană is a strong advocate of transatlantic integration and has held a number of international positions, including OSCE Chairperson-in-Office in 2001 and personal representative of the OSCE Chairperson-in-Office for Georgia in 2005. He is President and founder of the Aspen Institute Romania and has published extensively on domestic and international affairs.