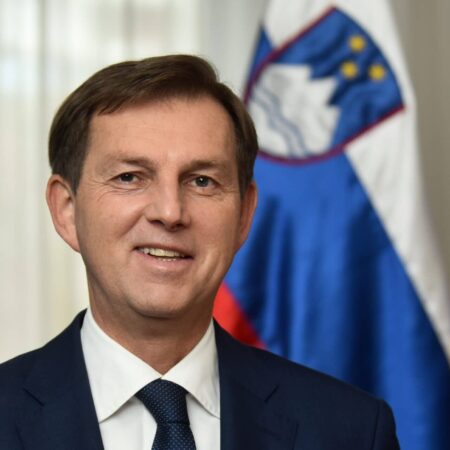 Minister of Foreign Affairs, Slovenia (Until 2020)

Dr. Miro Cerar was elected Prime Minister of the Republic of Slovenia by the National Assembly in August 2014. Before entering national politics, Dr Miro Cerar was a full professor of theory and philosophy of law, comparative law and the ethics of the legal profession at the Faculty of Law of the University of Ljubljana. Between 1990 and 1991, he was also the youngest legal expert to have participated in the drafting of the Slovenian Constitution and other constitutional independence acts. From December 2010 to June 2012, he was president of the Judicial Council of the Republic of Slovenia, after serving as vice president for a year and a half. Between 2000 and 2014, he was selected for thirteen times to a group of the ten most influential Slovenian legal experts, and between 2011 and 2014, he was selected for four times as the most eminent Slovenian legal expert. He served as Prime Minister until the election of the 13th Government of the Republic of Slovenia on 13 September 2018. On 14 September 2018, he took up the post of Minister of Foreign Affairs under the current government.