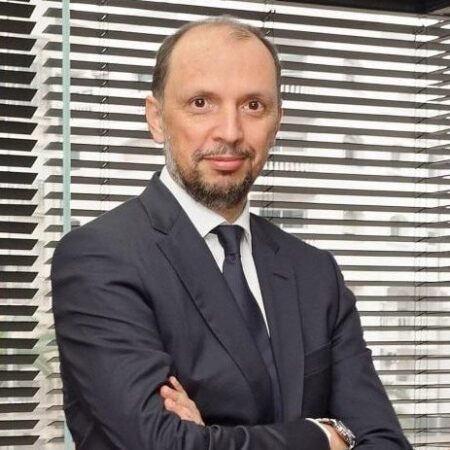 Mohcine Jazouli graduated from the University Paris IX Dauphine, where he obtained a Master in Engineering and Decision Support in 1991. In January 2018, he was appointed Minister Delegate in charge of African cooperation by His Majesty King Mohammed VI. In October 2019m he was appointed Minister Delegate to the Minister of Foreign Affairs, African Cooperation and Moroccan Expatriates.  He has worked for numerous consulting firms in Europe and Morocco, including Ernst&Young. In 2005, Mohcine Jazouli founded Valyans Consulting, the first Moroccan consulting firm specialised in strategy, organisation and operational support. During his 25 tears of experiencce, Mohcine Jazouli has advised large institutions and state-owned enterprises. He has also advised African governments in the design and implementation of their sector strategies. moreover, he has led several engagements in various fields, such as industry, agriculture finance, tourism, transportation, and urban planning.