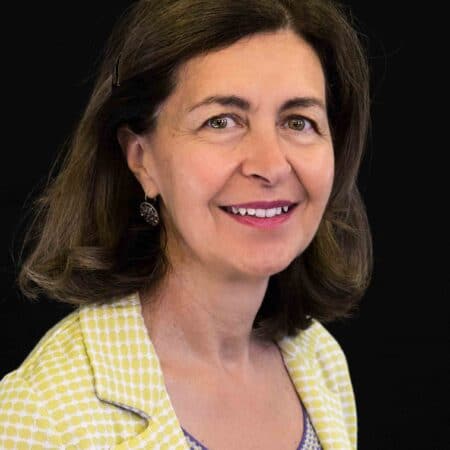 Dr Monique Eloit was elected General Director of the World Organisation for Animal Health (OIE) in 2015 by the World Assembly, which brings together the national delegates of all OIE Member Countries. She began her five-year term of office on the 1st of January 2016, as the 7th Director General of the OIE, after having served as Deputy Director General of the OIE for six years. During the 1990s, she occupied successively the positions of Assistant to the Deputy Director for animal health and protection, in which capacity she participated in setting up the national agency for veterinary products (ANMV), and Deputy Head of the Department for food quality and veterinary and plant health actions. For over six years she also acted as Chairperson of the Standing Committee of the European Convention for the protection of animals kept for farming purposes (T-AP), at the Council of Europe. In 2000 Dr Eloit was appointed Director at the French Food Safety Agency (Afssa). Five years after she returned to the Ministry of Agriculture, holding three appointments simultaneously, as Deputy Director General for Food, Chief Veterinary officer (CVO) of France and Delegate to the OIE. She joined the OIE in 2009, as Deputy Director General in charge of administration, management, human resources, and regional actions. Monique Eloit entered the Alfort National Veterinary School (ENVA – France) in 1977. She graduated as a Doctor of Veterinary Medicine, having presented a thesis on infectious bovine rhinotracheitis, an early indication of her interest in livestock health management. Dr Eloit joined the State civil service in 1982 as a veterinary inspector.