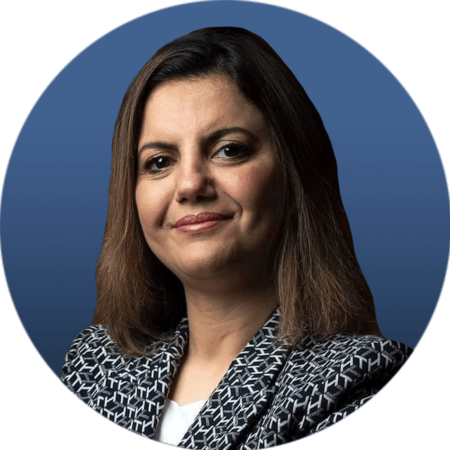 Najla El Mangoush is the Libya’s first female Minister of Foreign Affairs. She trained as a lawyer at Benghazi university and was later an assistant professor of law there. During Libya’s 2011 revolution, she headed the National Transitional Council’s (NTC) Public Engagement Unit which dealt with civil society organisations. Subsequently she was a Fulbright Scholar in the US and is a graduate of the Center for Justice and Peacebuilding at EMU university in Virginia. As a conflict-resolution expert, she was the country representative in Libya for USIP (United States Institute of Peace). She has served as the Program Officer for Peace-building and Traditional Law at the Center for World Religions, Diplomacy and Conflict Resolution in Arlington, Virginia and has a PhD in conflict analysis and resolution at George Mason university.