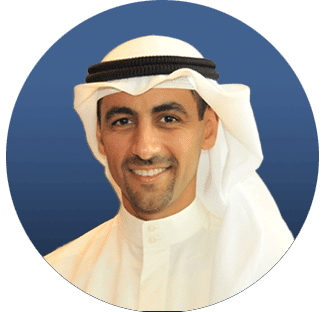 Shaikh Nawaf S. Al-Sabah was appointed Deputy Chairman and CEO of KPC in March 2022. Prior to this, he was President and CEO of KPC Holdings (Aruba) AEC, the international downstream subsidiary of KPC, from February 2019. Shaikh Nawaf was CEO of Kuwait Foreign Petroleum Exploration Company (KUFPEC) for almost nine years, from May 2013. Before joining KUFPEC in 2013, he spent 14 years at KPC, the last eight of which as Deputy Managing Director and General Counsel of KPC. He was also a board member of KPC Holdings (Aruba) AEC and of MEGlobal, an olefins joint venture involving KPC’s petrochemicals subsidiary. From 2002 through 2004, Shaikh Nawaf was head of KPC’s Washington Office, responsible for development of downstream business opportunities and policy analysis in the United States.