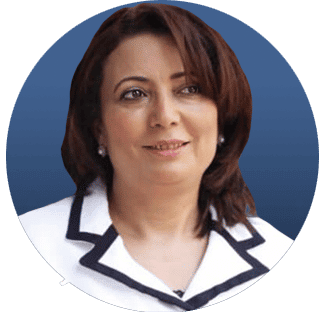 Ouided Bouchamaoui is the co-laureate of the Nobel Peace Prize 2015. From May 2011 to January 2018, Ms. Bouchamaoui was president of UTICA, the Tunisian Confederation of Industry, Trade and Handicrafts, the first woman elected to this position. As member of the National Dialogue Quartet, she played a historic and legendary role in helping her country during the Arab spring and move Tunisia to a more transparent and collaborative society. In 2013, under her presidency, UTICA along with the Tunisian General Union of Labour (UGTT) launched the initiative of the National Dialogue. They were joined by the League of Human Rights and the Tunisian Order of Lawyers, forming ‘The Quartet’. For this successful endeavor they were awarded the Nobel Peace Prize in 2015. Ms Bouchamaoui is also Member of the Oslo Business for Peace Award Committee since January 2016. She is a shareholder and an administrator of the Hedi Bouchamaoui Group.