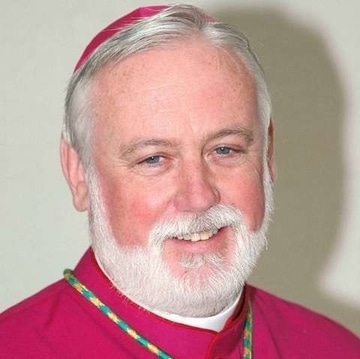 Paul Richard Gallagher is the current Secretary for Relations with States within the Holy See’s Secretariat of State, a position to which he was appointed in 2014. Prior to that he had been appointed Papal Nuncio to Australia since 2012. Throughout the years he has held posts in Tanzania, Uruguay, the Philippines, and the Vatican Secretariat of State. He was appointed Counsellor, First Class, in 1997, when working at the Nunciature in Burundi. He worked in its Second Section, from 1995 to 2000 at the same time as the present Cardinal Secretary of State, Pietro Parolin. In late 2000, Pope John Paul II named him Special Envoy as Permanent Observer to the Council of Europe in Strasbourg. John Paul later appointed him Apostolic Nuncio to Burundi in 2004. He was then appointed nuncio to Guatemala in 2009. Ordained by Archbishop Derek Worlock in 1977 for the Archdiocese of Liverpool, he served in Fazakerley, before taking courses at the Pontifical Ecclesiastical Academy. He later earned a doctorate in canon law from the Pontifical Gregorian University, becoming a member of the Holy See’s diplomatic service in 1984.