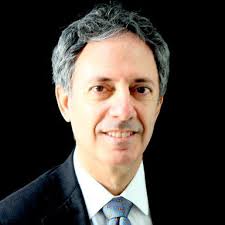 Dr. Peter Berkowitz is the Director of the State Department’s Policy Planning Staff in the office of the Secretary. Dr. Berkowitz joined the State Department from the Hoover Institution at Stanford University where he is the Tad and Dianne Taube Senior Fellow. He is the editor of seven collections of essays on political ideas and institutions published by the Hoover Institution. In addition to teaching regularly in the United States and Israel, Dr. Berkowitz has led seminars on the principles of freedom and the American constitutional tradition for students from Burma at the George W. Bush Presidential Center and for Korean students at Underwood International College at Yonsei University in Seoul, South Korea. He taught constitutional law and jurisprudence at George Mason University School of Law from 1999 to 2006, and political philosophy in the department of government at Harvard University from 1990 to 1999.