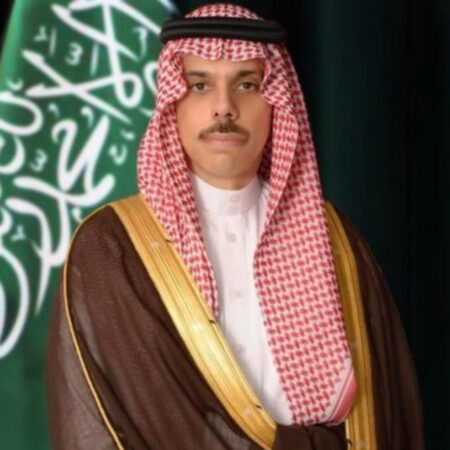 Prince Faisal bin Farhan bin Abdullah bin Faisal bin Farhan Al Saud is a Saudi Arabian diplomat and politician and a member of the house of Saud. Prince Faisal was appointed as Minister of Foreign Affairs in 2019 by King Salman, after serving as Advisor to the Office of the crown prince. Prior to this, his majesty served as an adviser at the Saudi Arabian Embassy in the United States of America from 2017 to 2019. Prince Faisal has held senior positions in Saudi and international companies, primarily the aerospace and weapons sector.