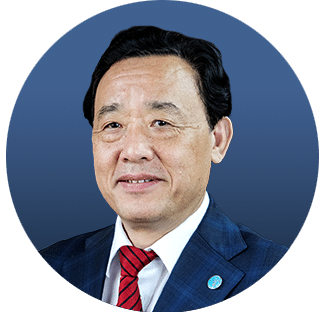 Qu Dongyu took up office as the ninth Director-General of the Food and Agriculture Organization (FAO) of the United Nations on 1 August 2019. He is the first Chinese national to head the Organization. From 2001 to 2011 he was Vice President of the Chinese Academy of Agricultural Sciences. Between 2011 and 2015 he served as Vice-Chair of the Ningxia Hui Autonomous Region in China and in 2015 he became Vice-Minister of the Ministry of Agriculture and Rural Affairs, where he was involved in promoting international collaboration with organizations such as FAO and Centre for Agriculture and Bioscience International. He trained to become a biologist, gaining a bachelor’s degree from Hunan Agricultural University, a Master’s in plant breeding and genetics from the Chinese Academy of Agricultural Sciences, and a Doctorate in Agricultural and Environmental Sciences from the University of Wageningen, Netherlands.